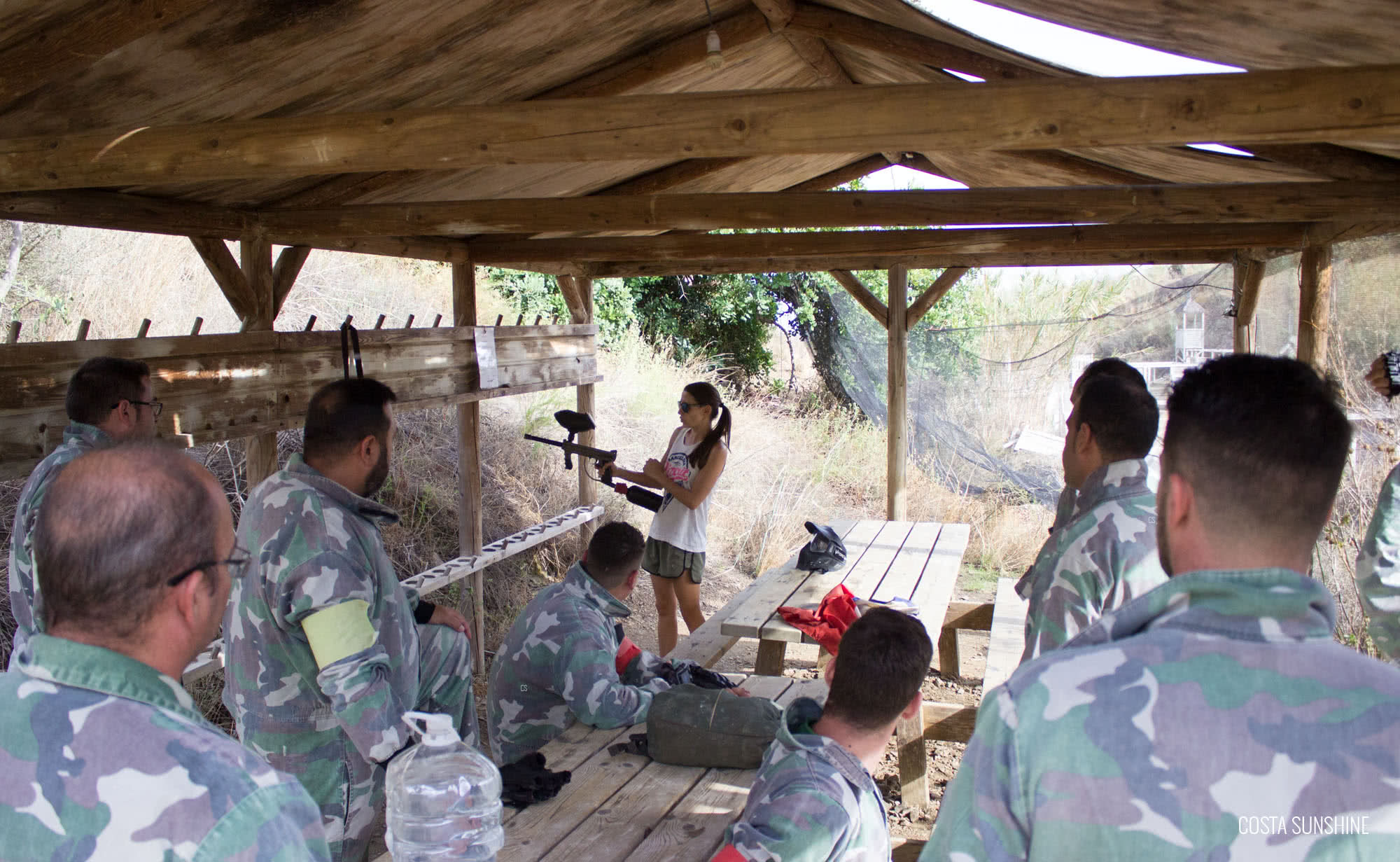 Explanation of what the players need to pay attention to. 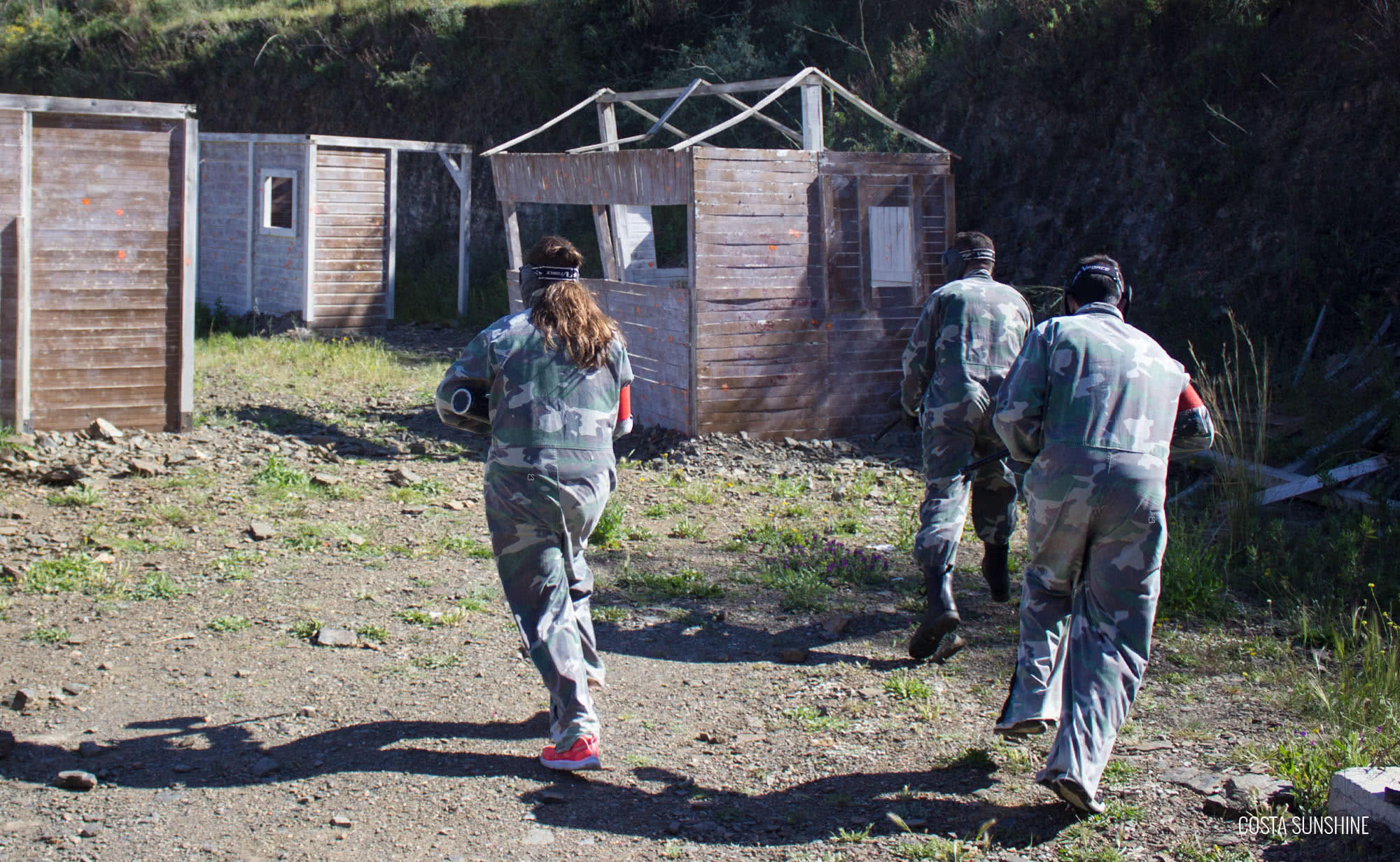 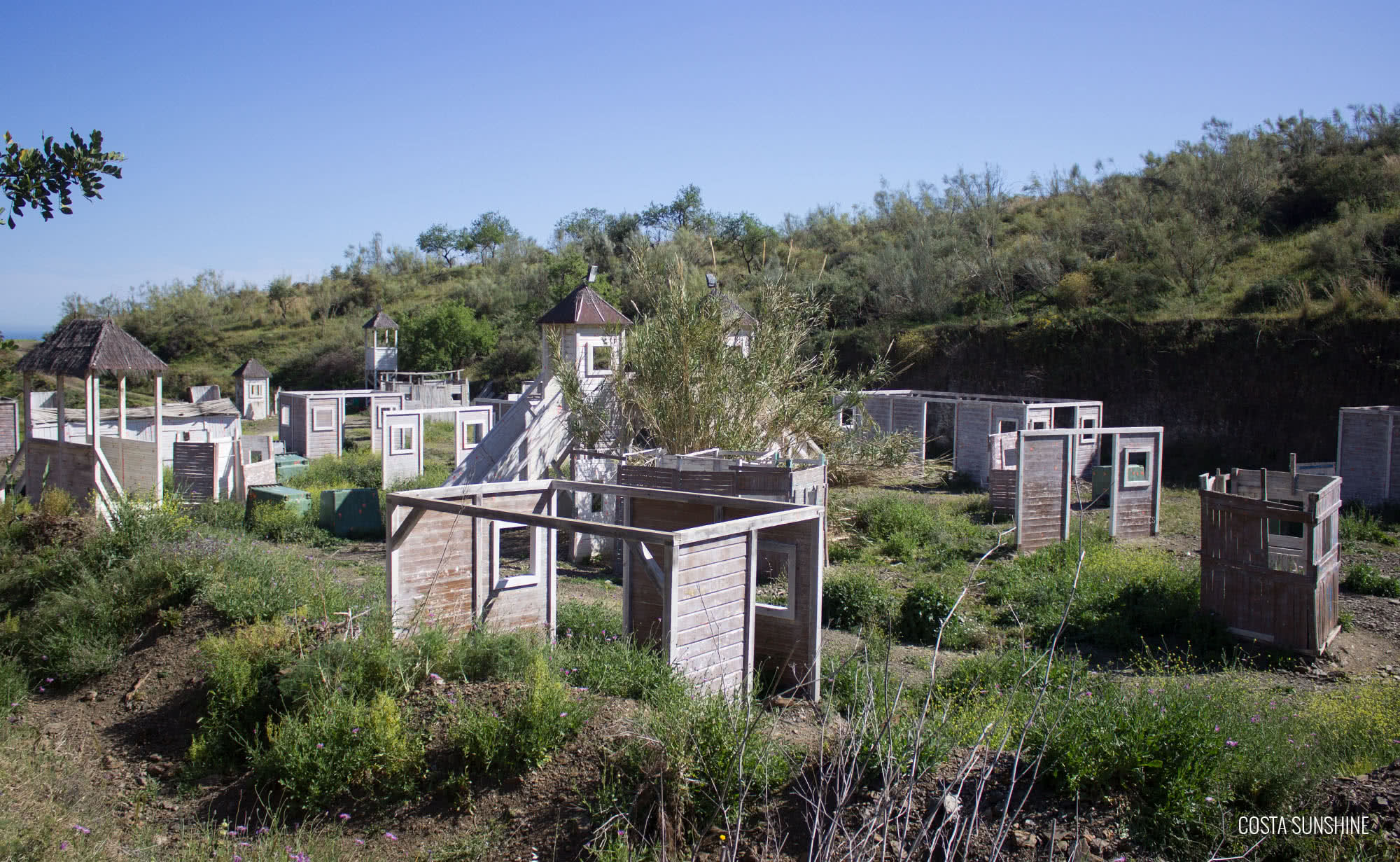 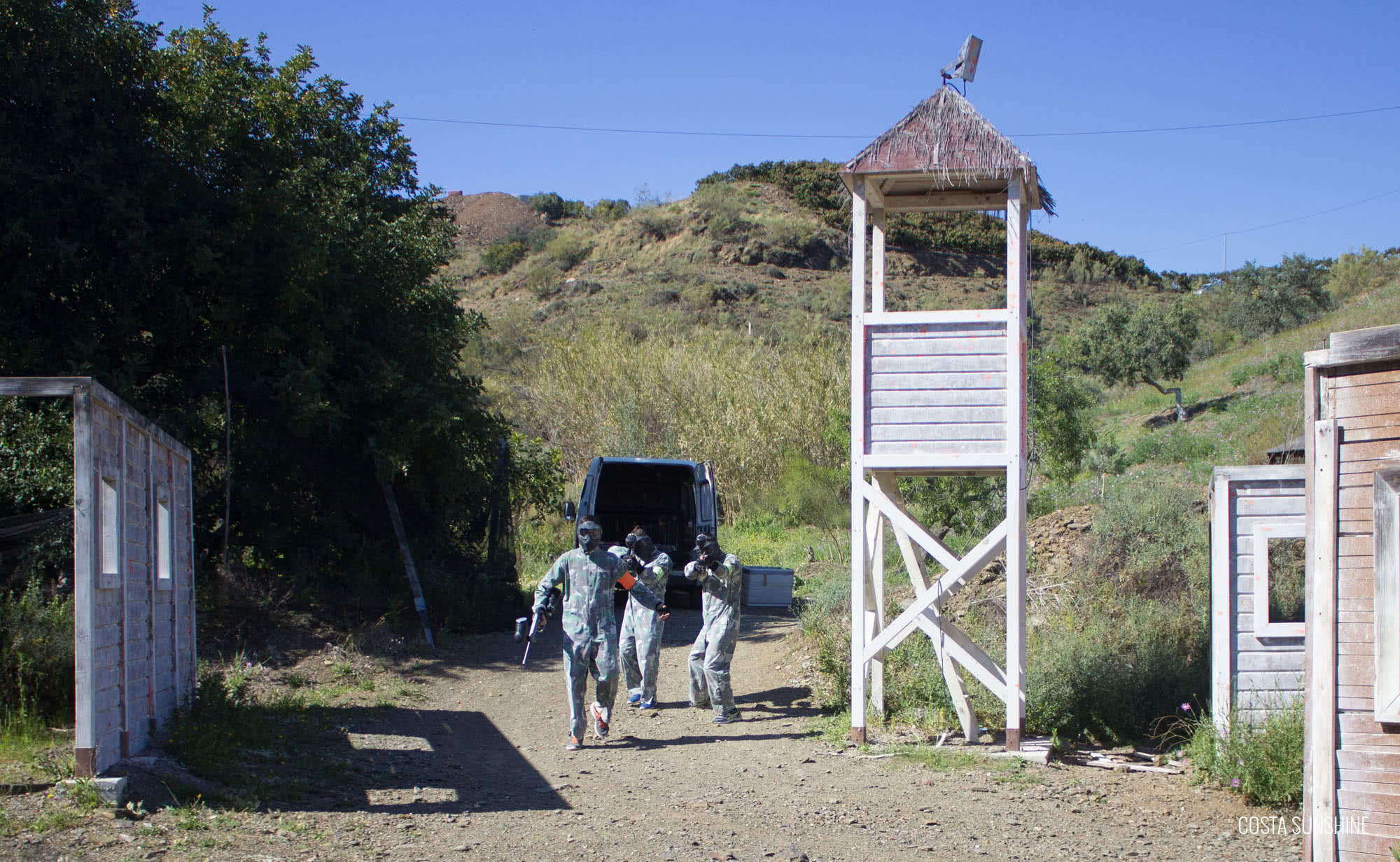 A player of the opposing team (red) capitulates. 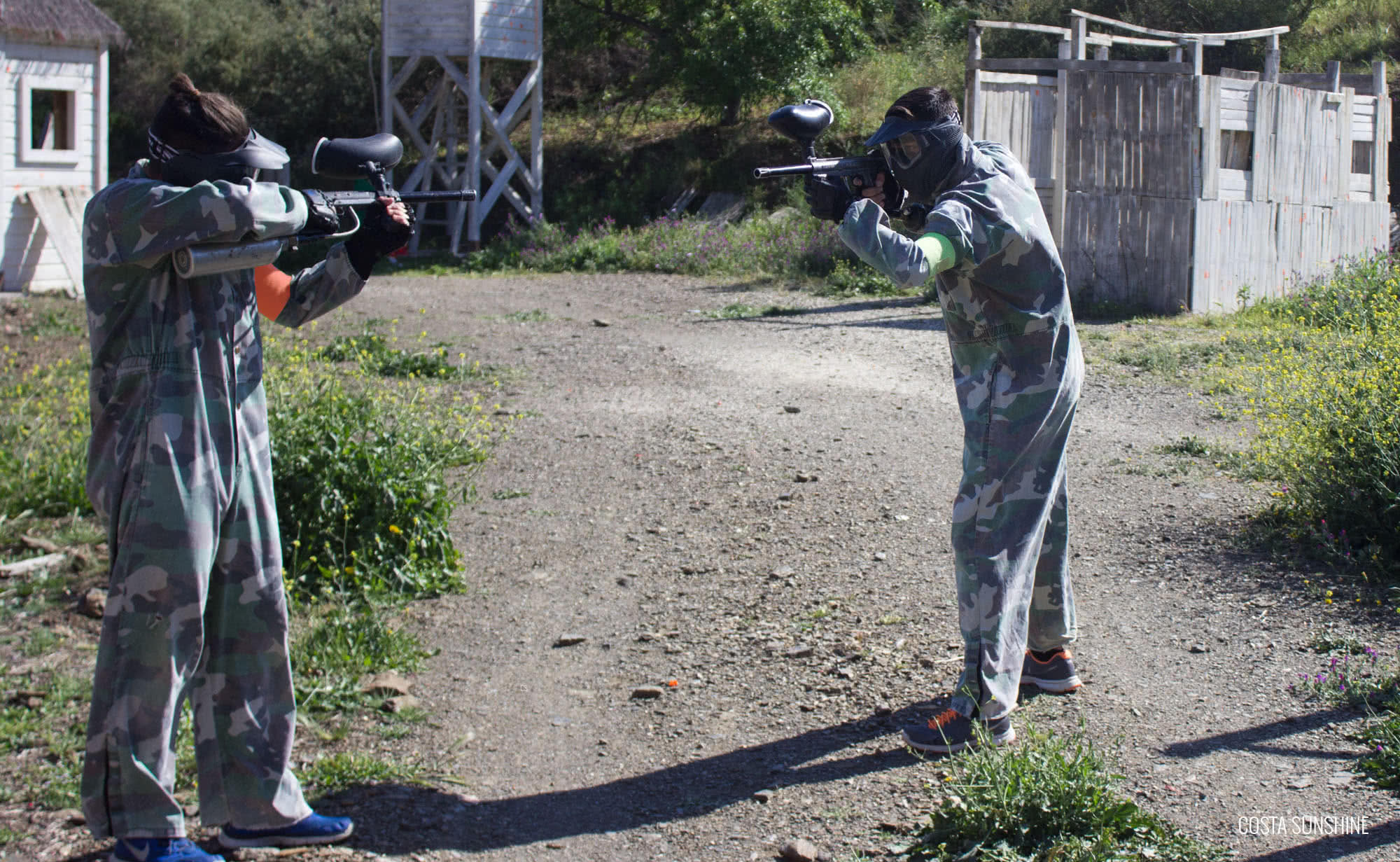 The players of the different teams wear different bracelets. 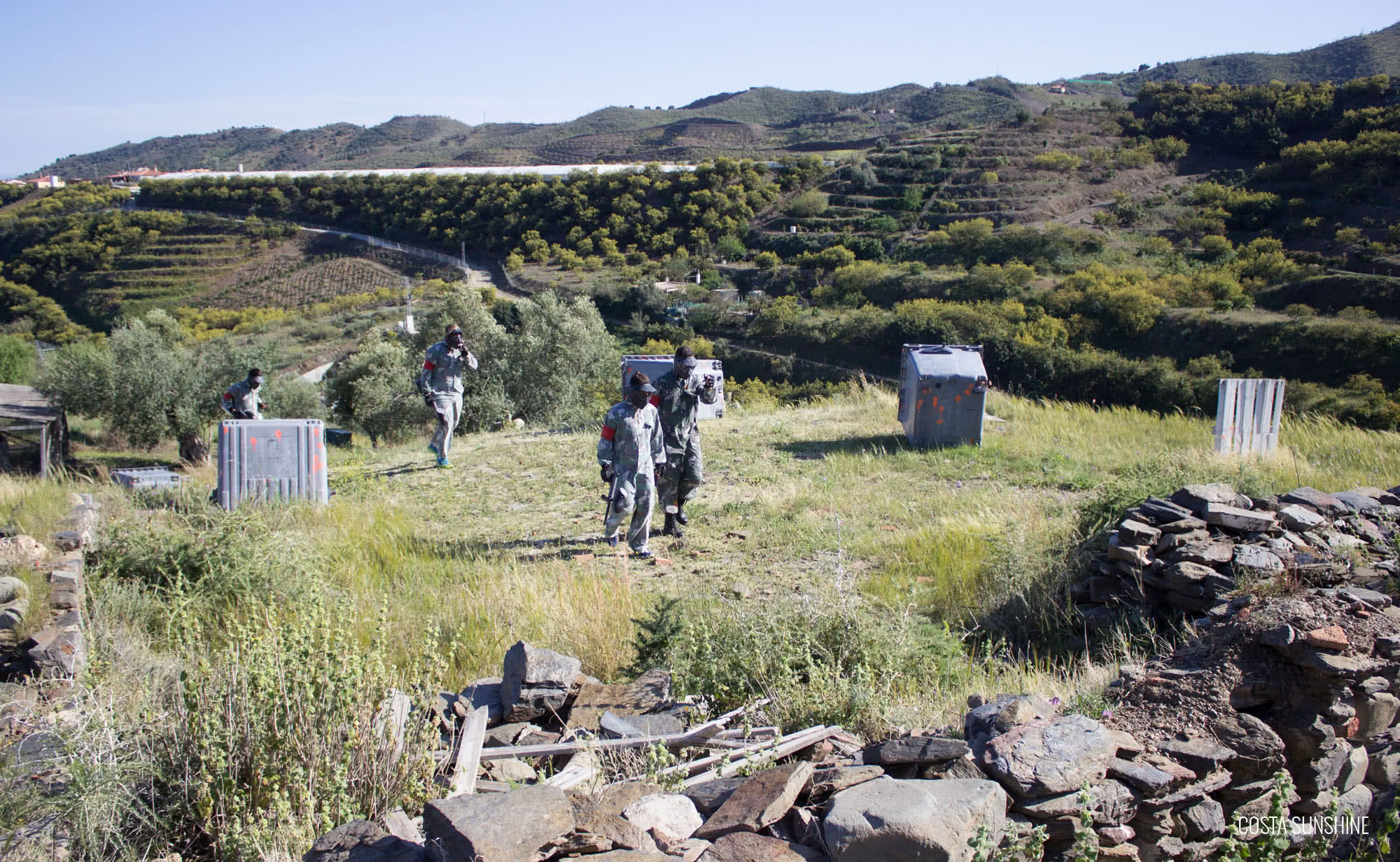 The scenario "The Nest of the Eagle". 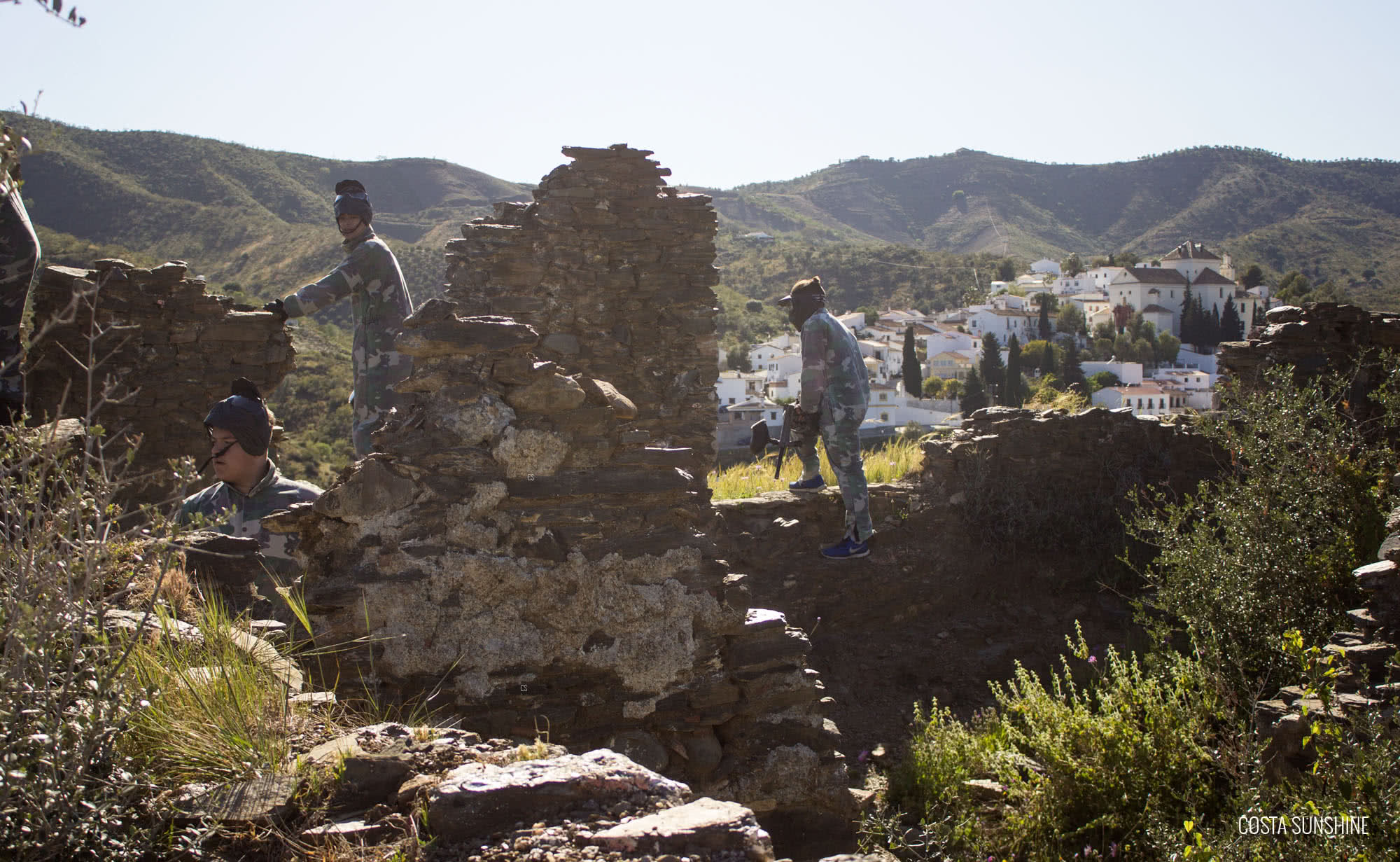 A group waits of the opponent attackers. 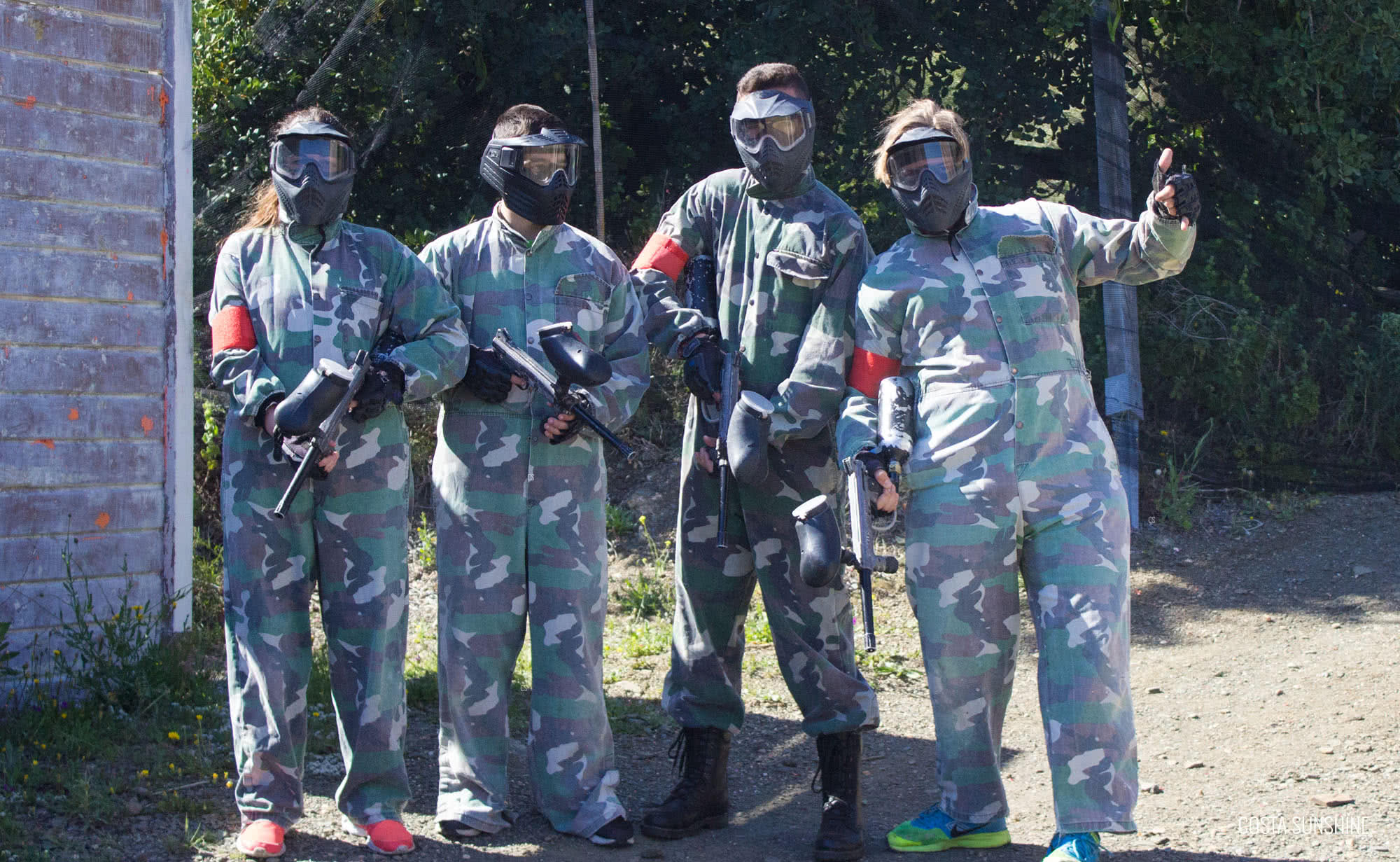 A group of players.