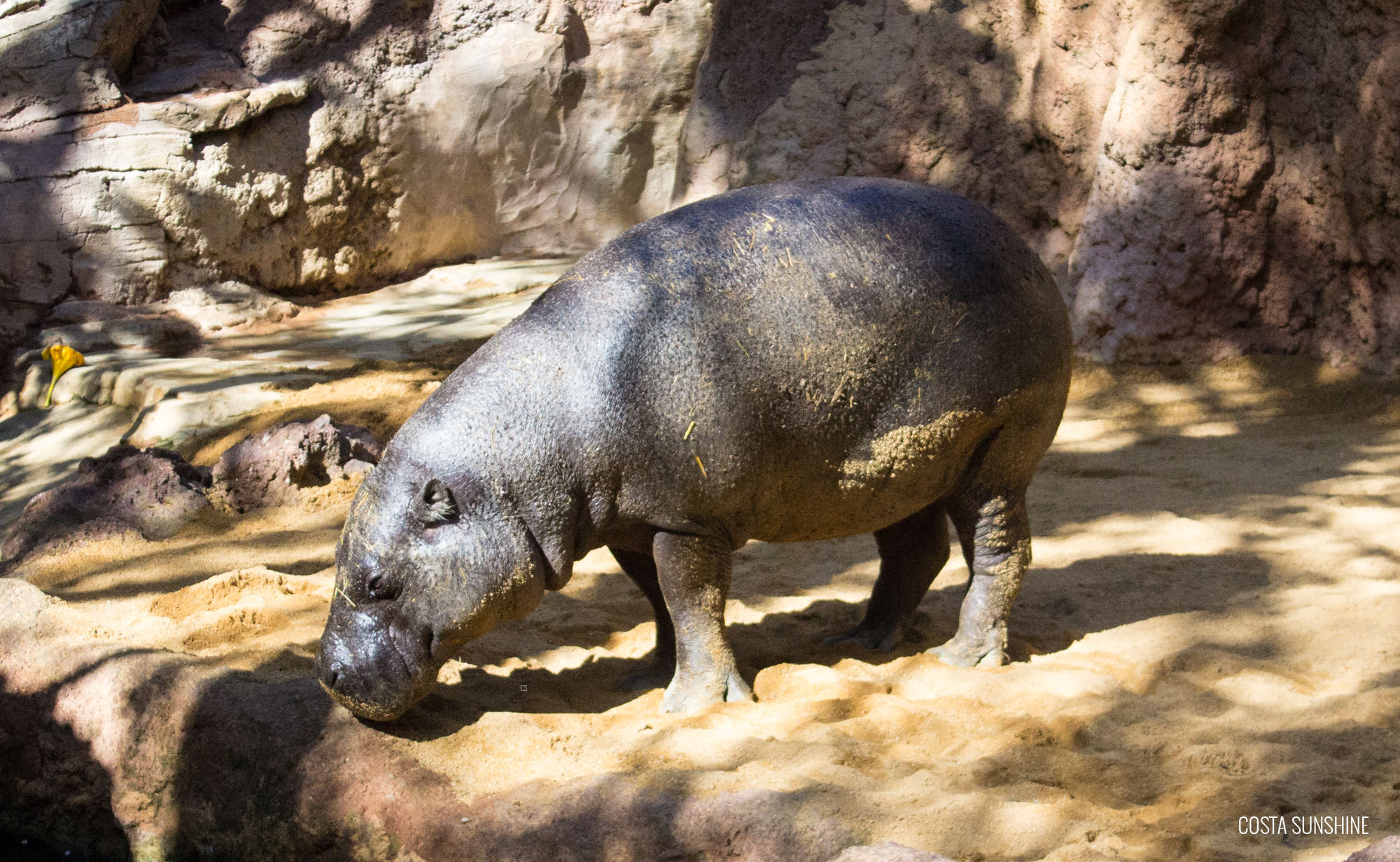 A hippopotamus in the African section of the park. 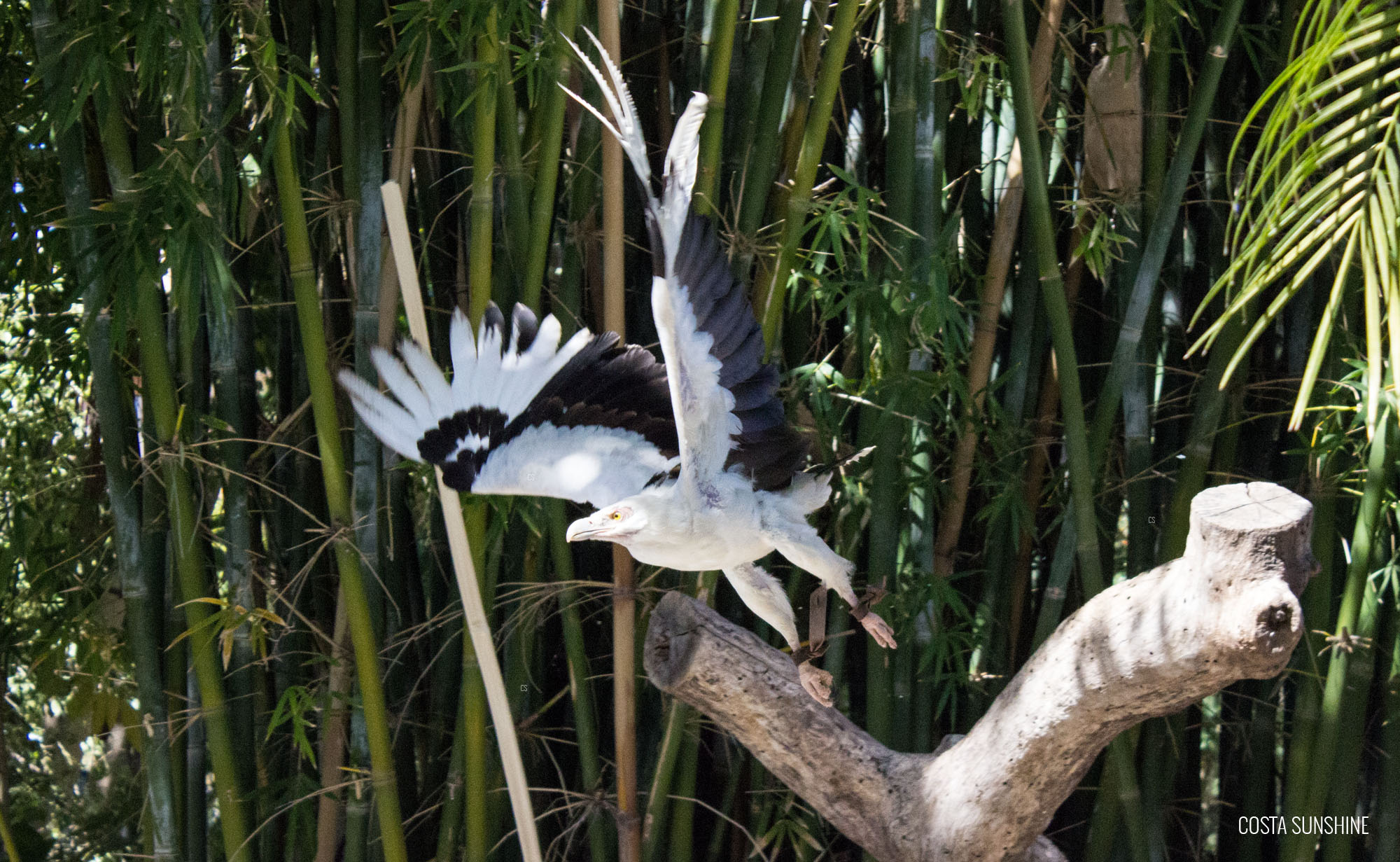 At the animal show different birds are presented. 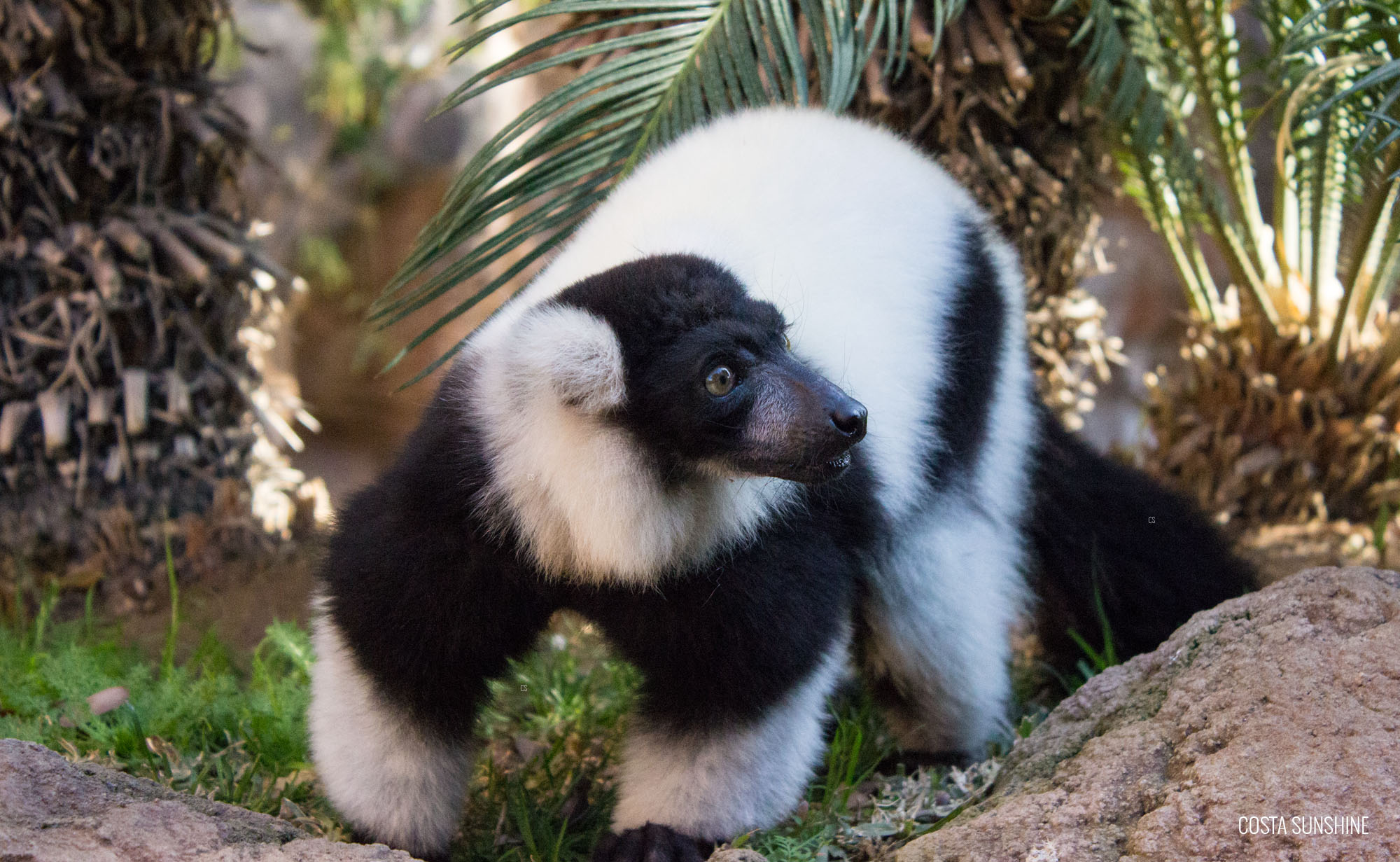 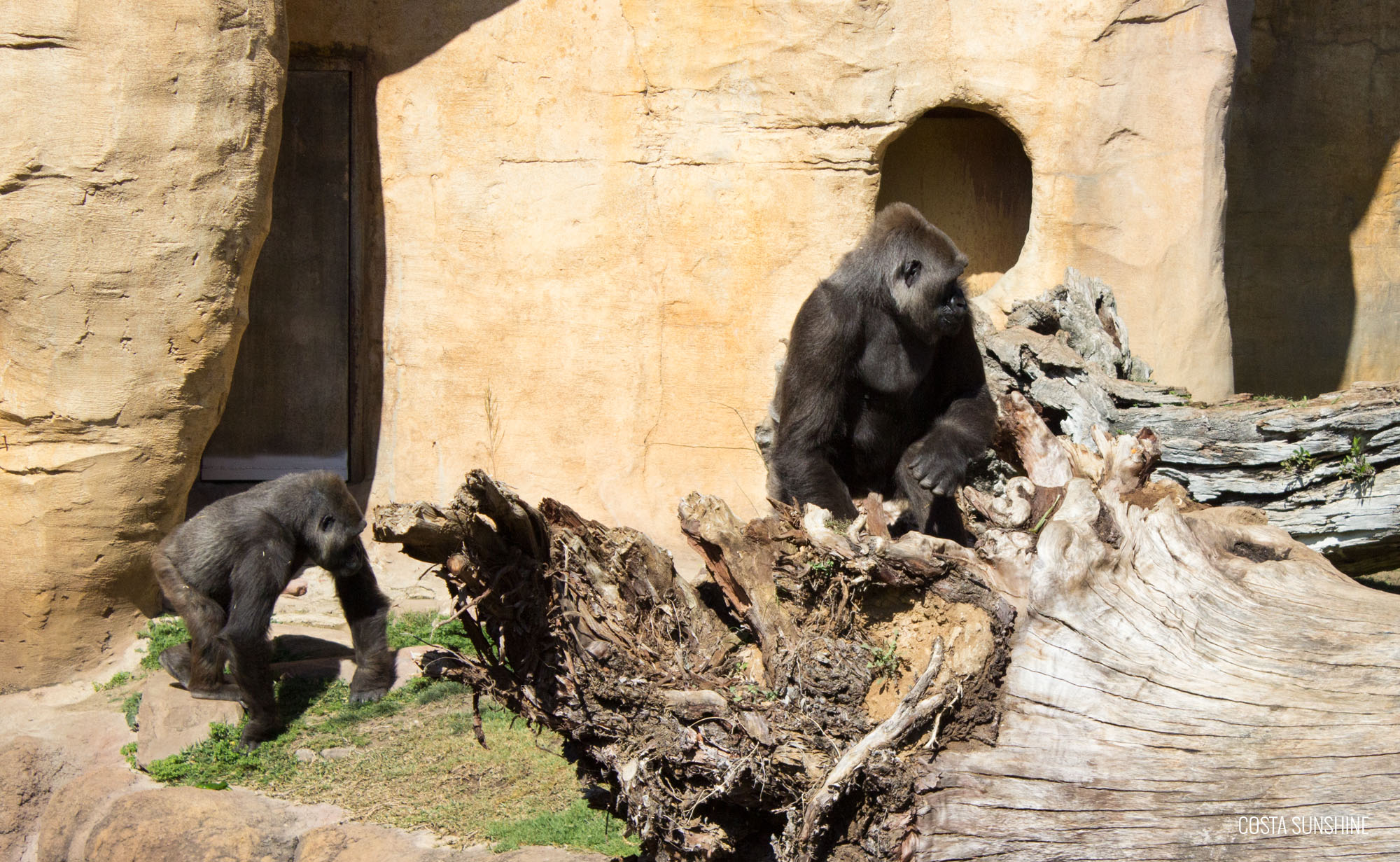 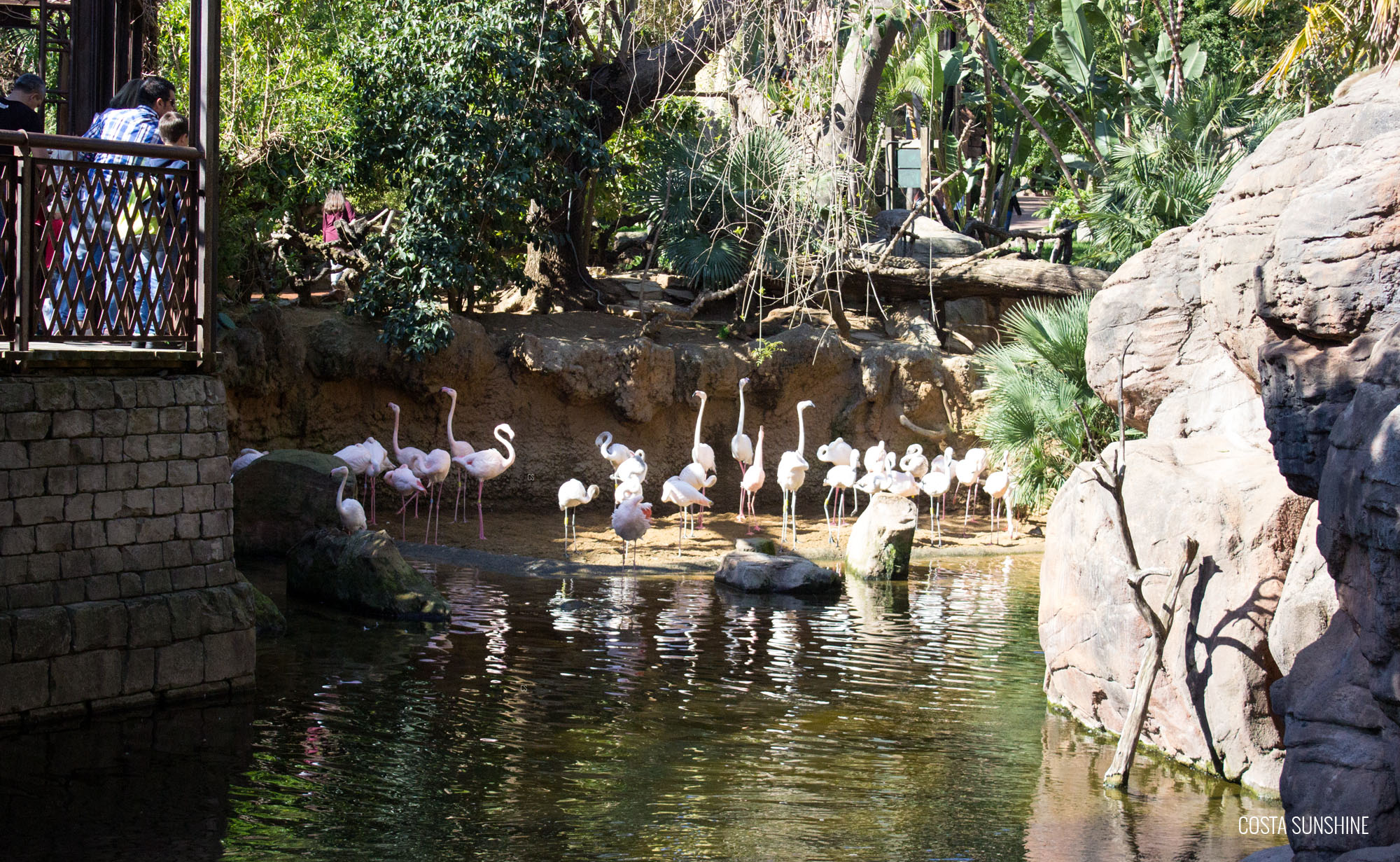 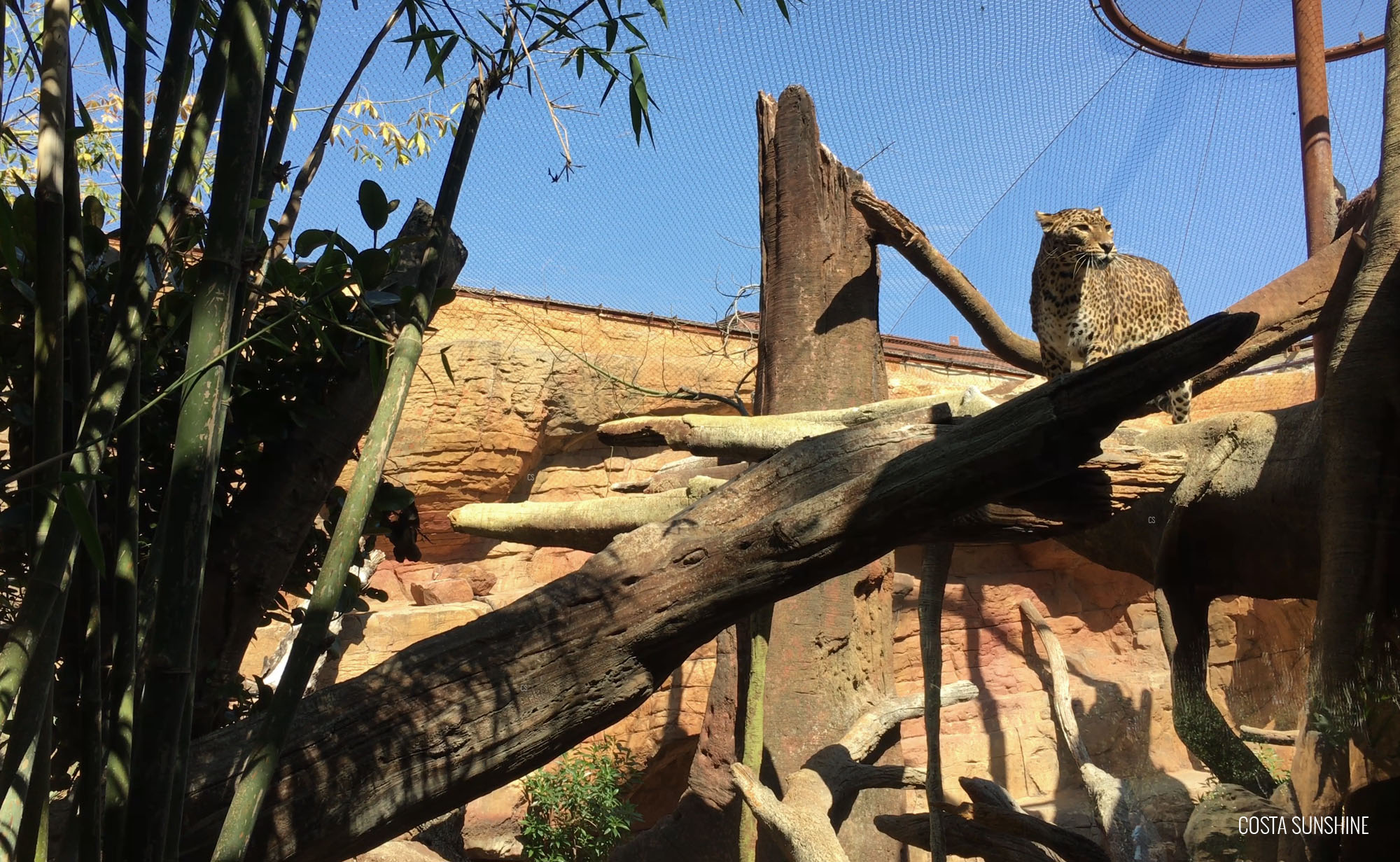 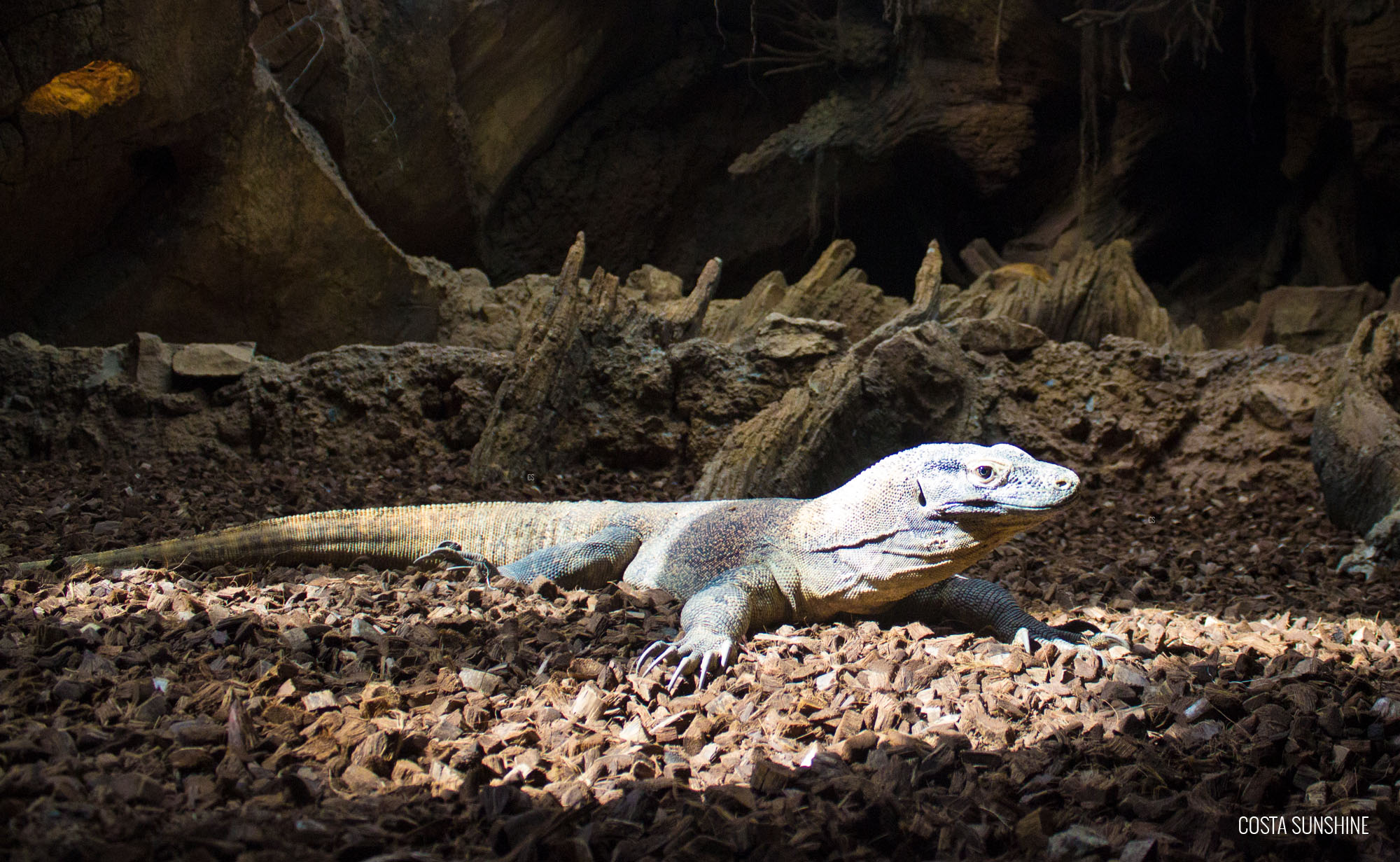 A monitor lizard short before siesta. 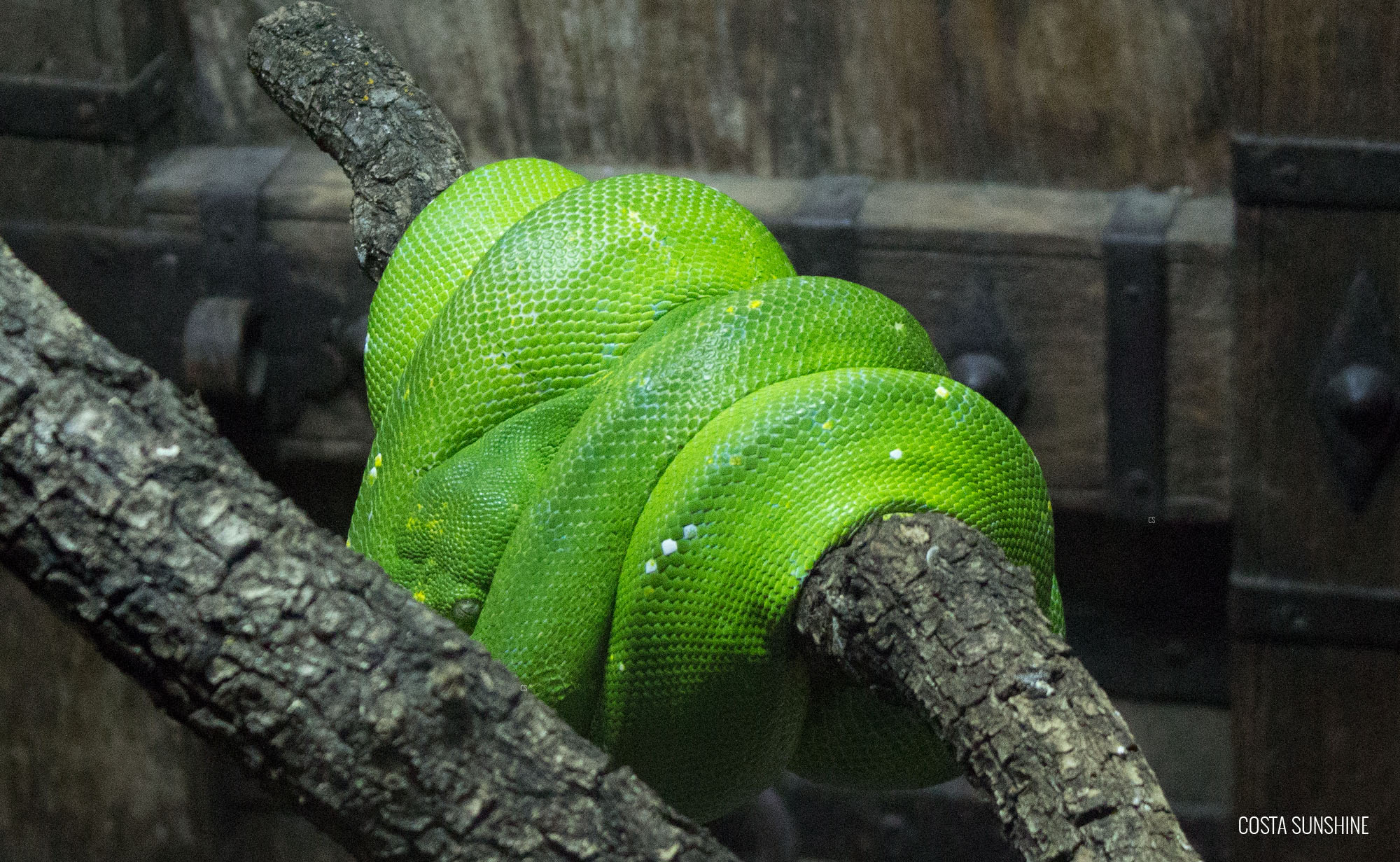 A snake wrapped around a branch.