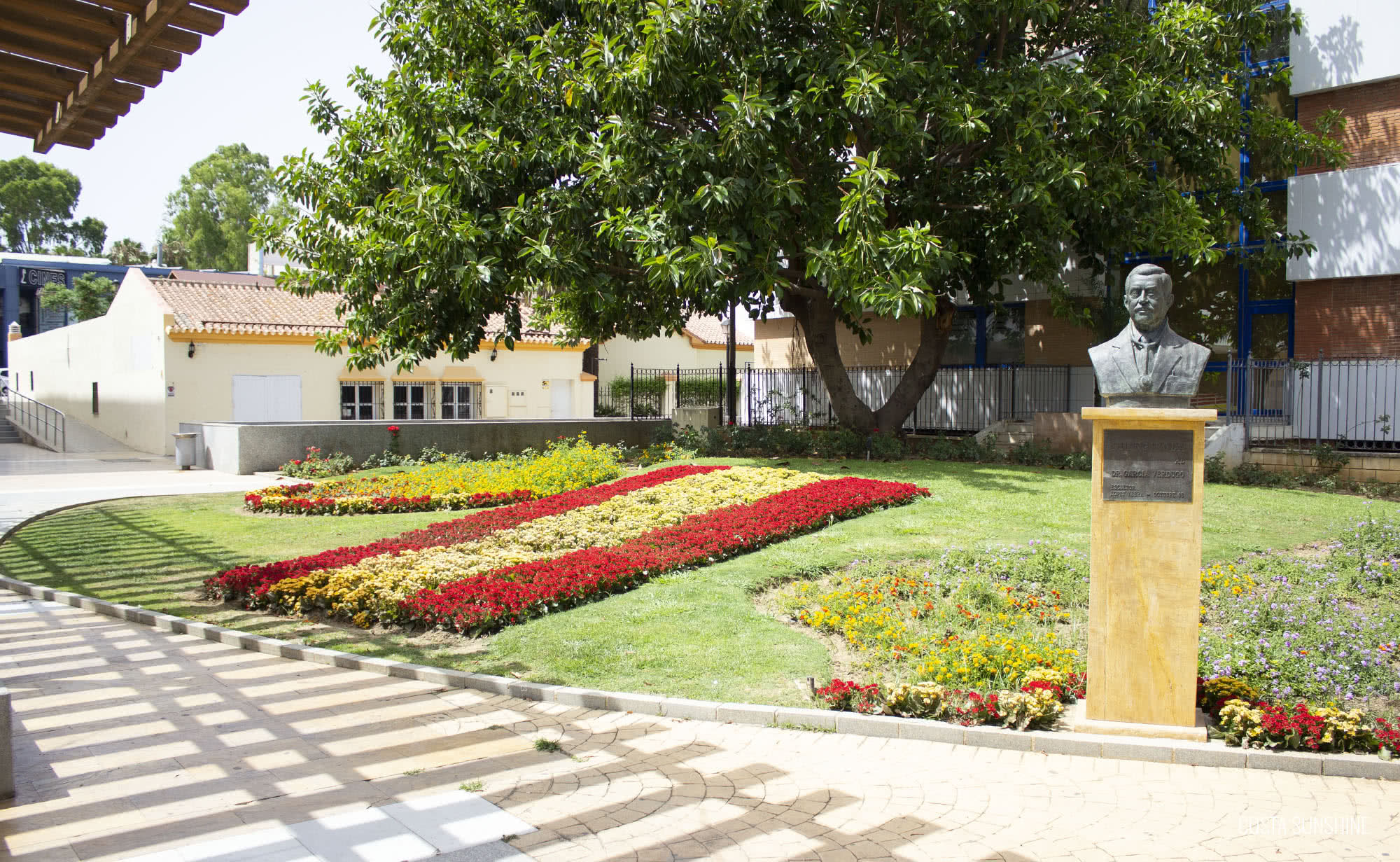 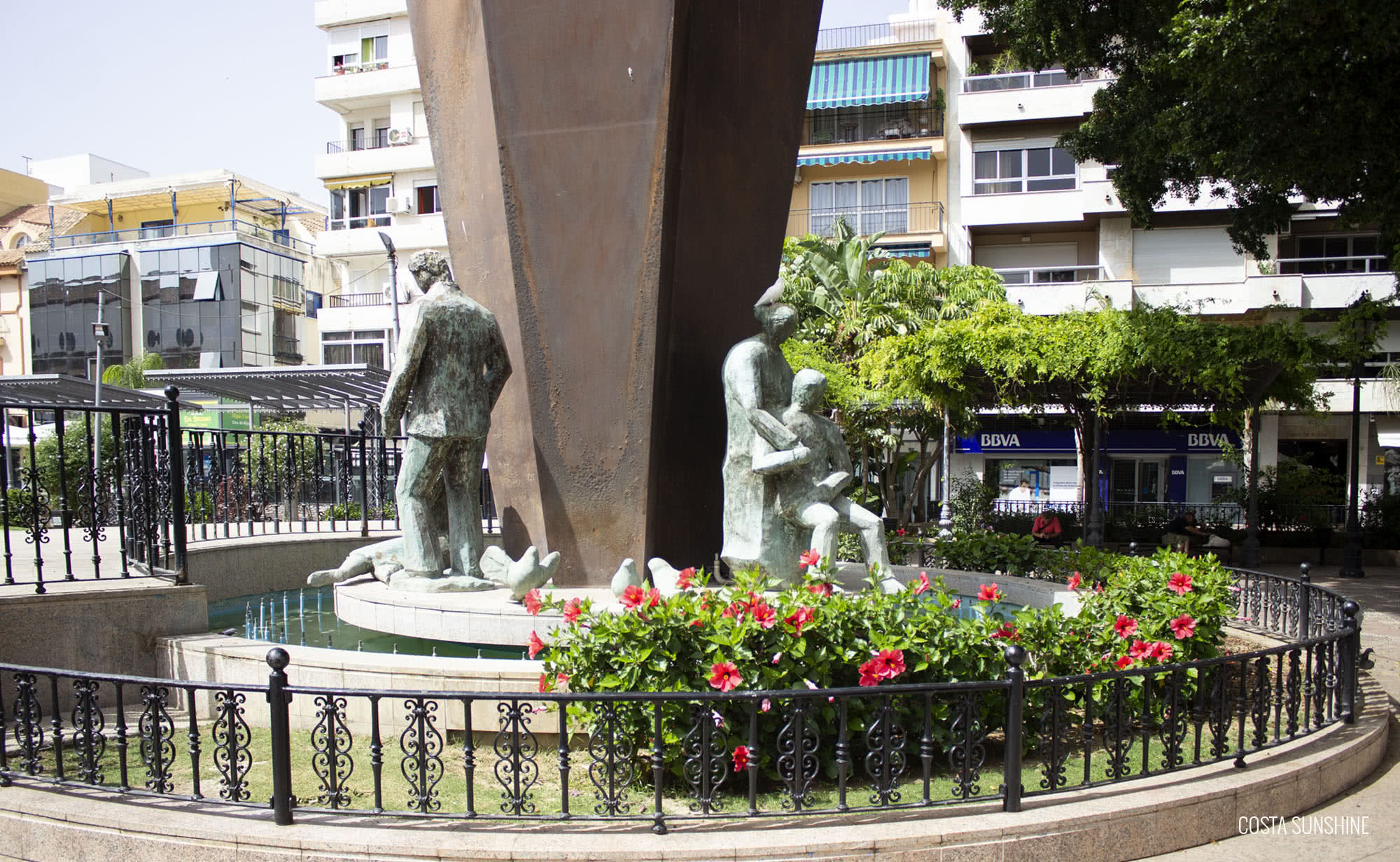 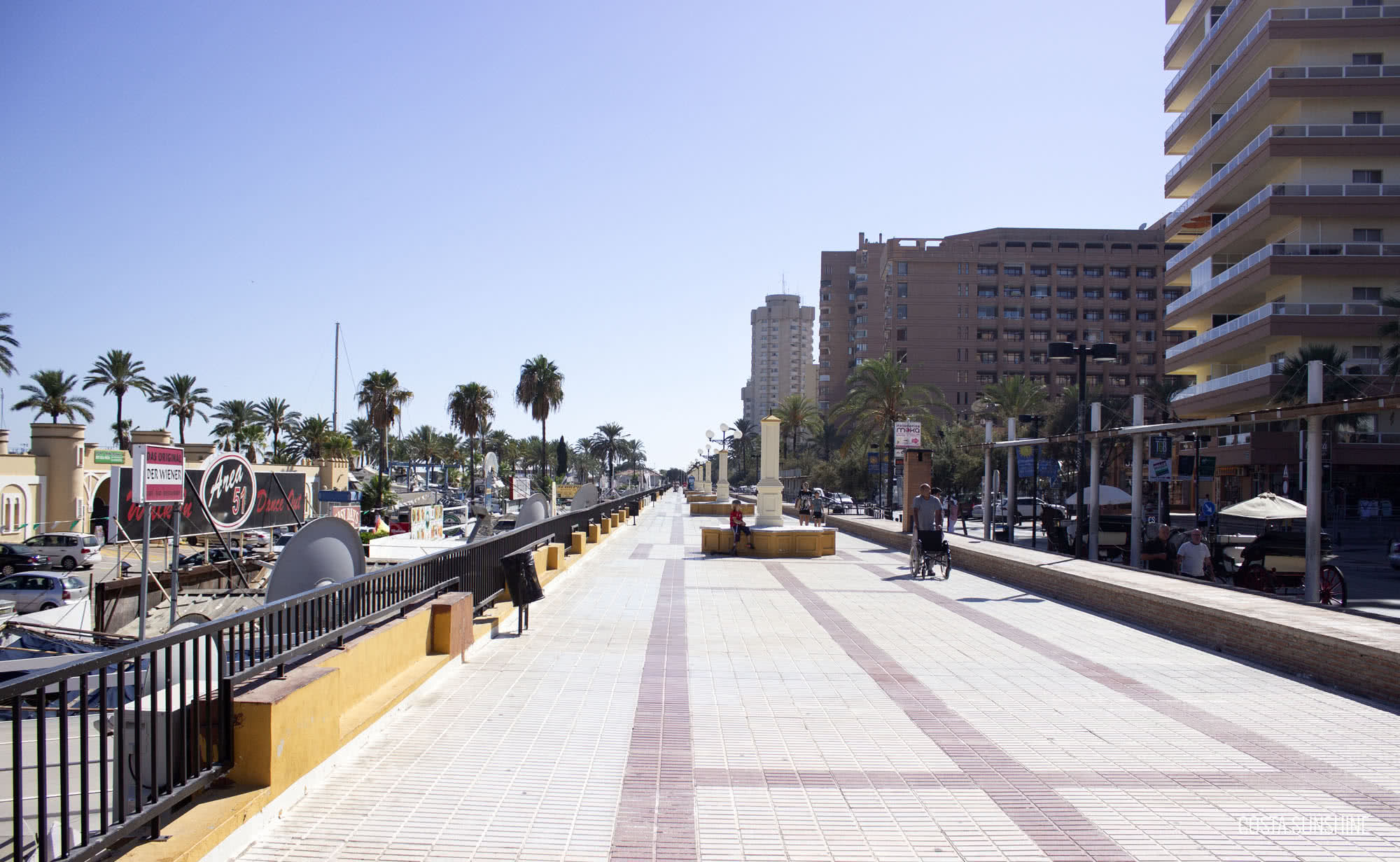 Promenade at the sports harbor of Fuengirola. 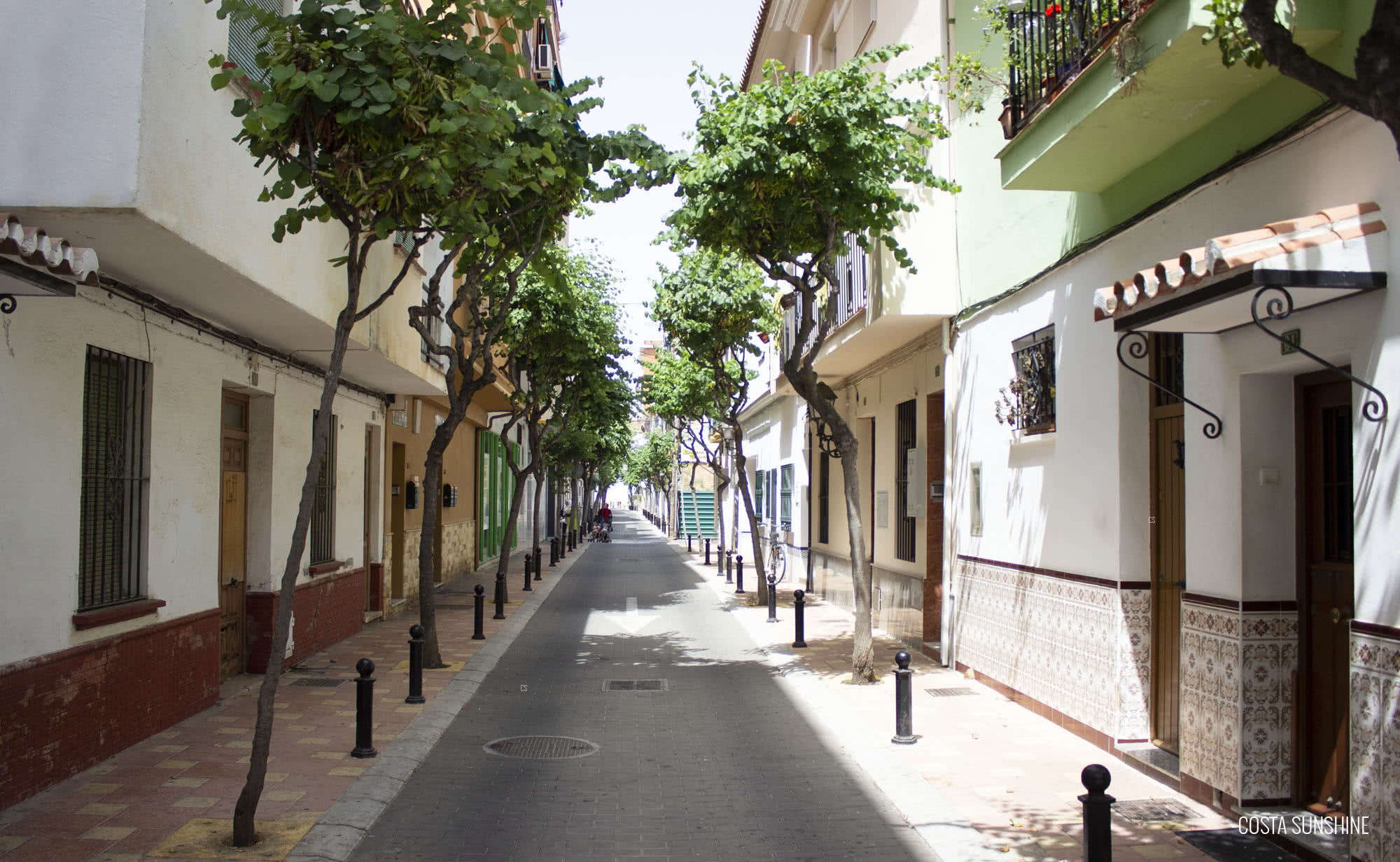 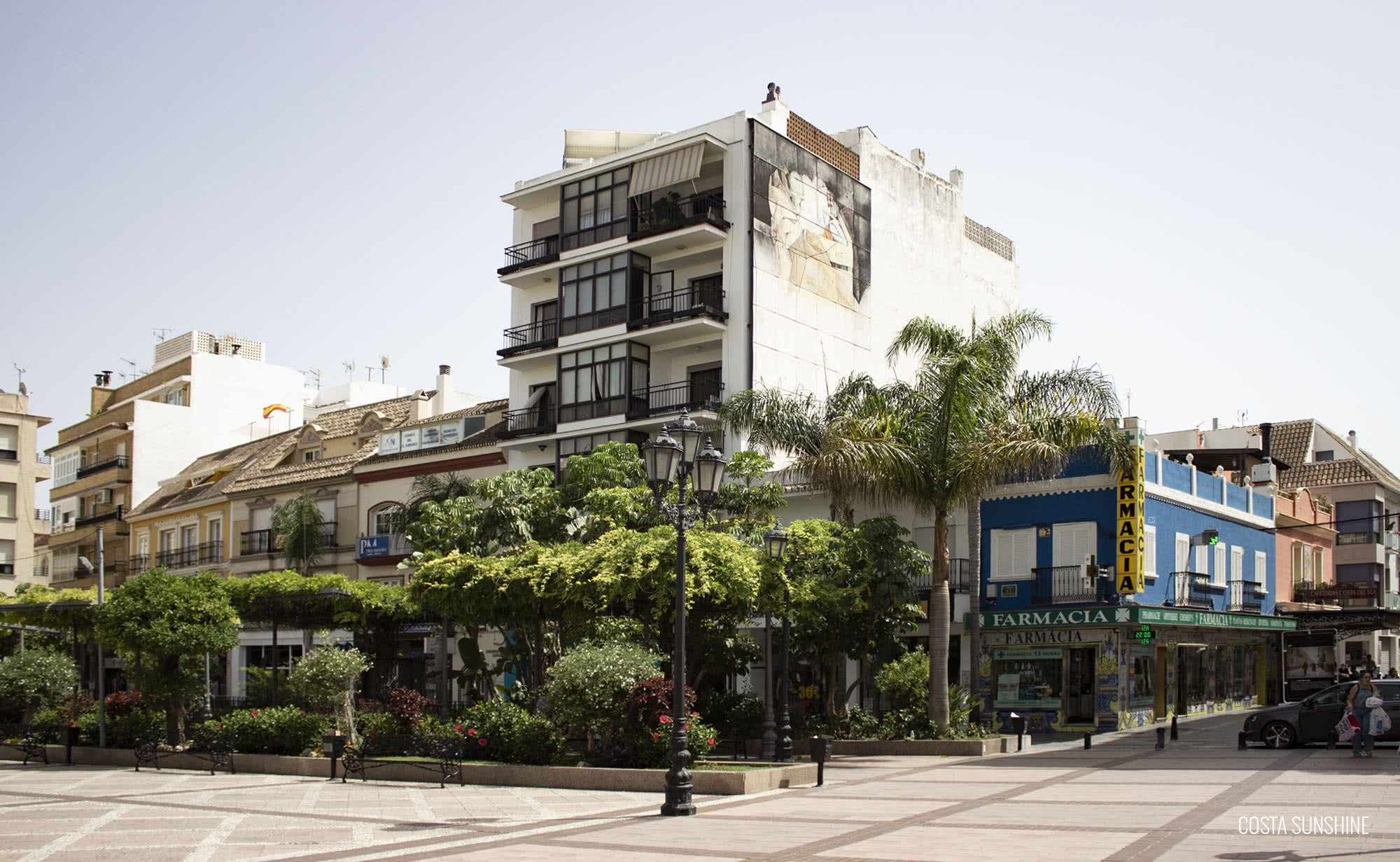 Artwork on a house on the Plaza de la Constitución. 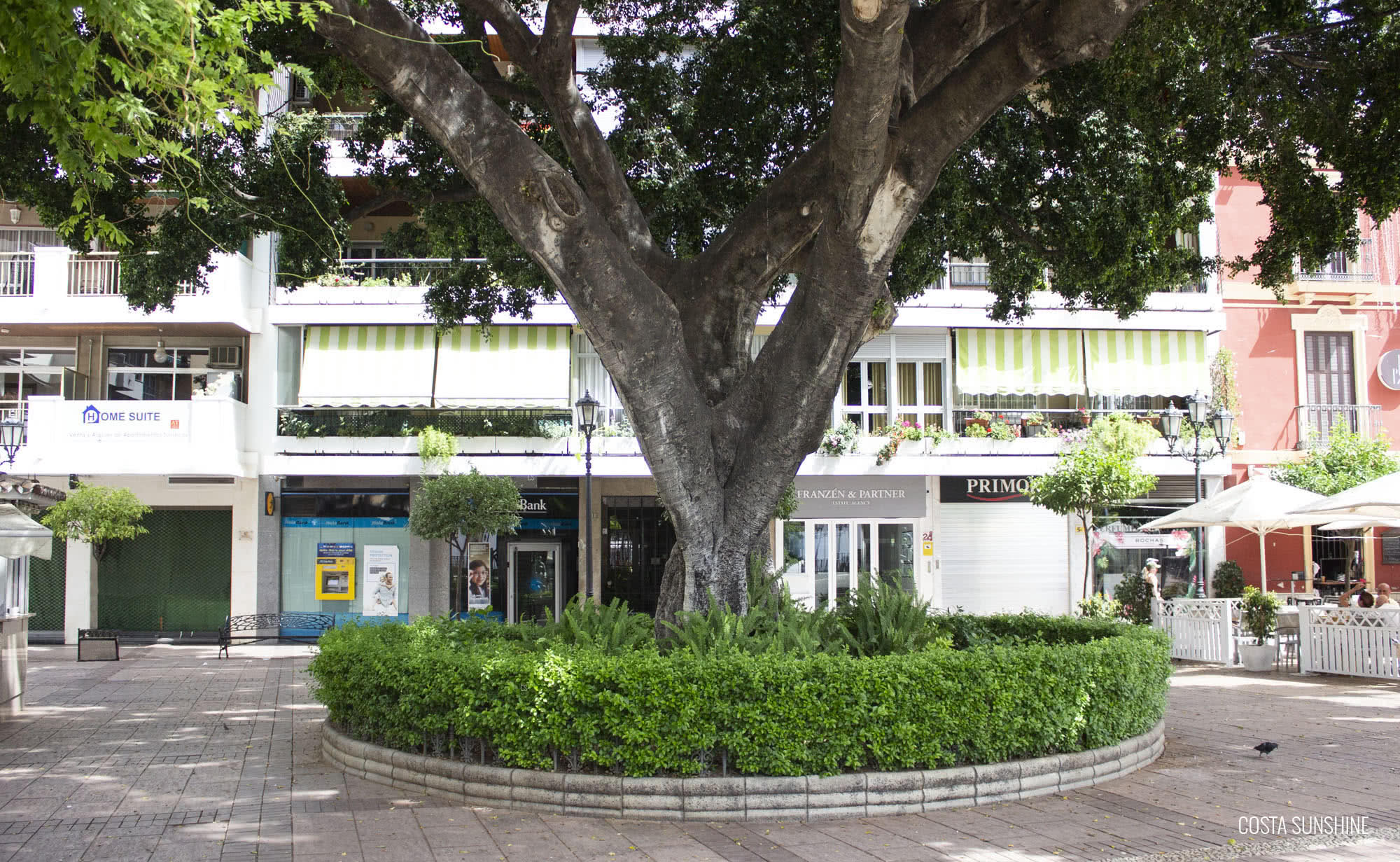 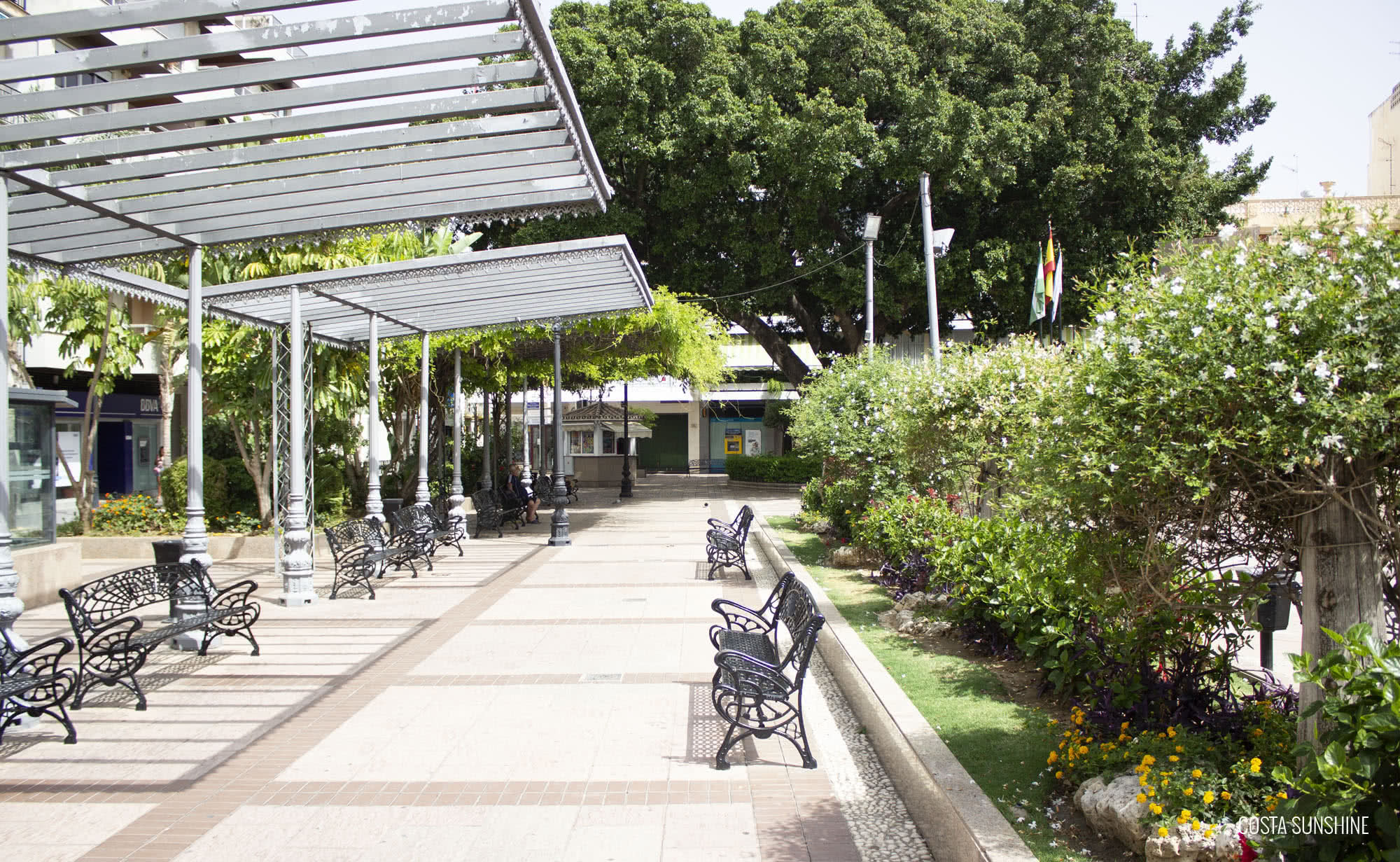 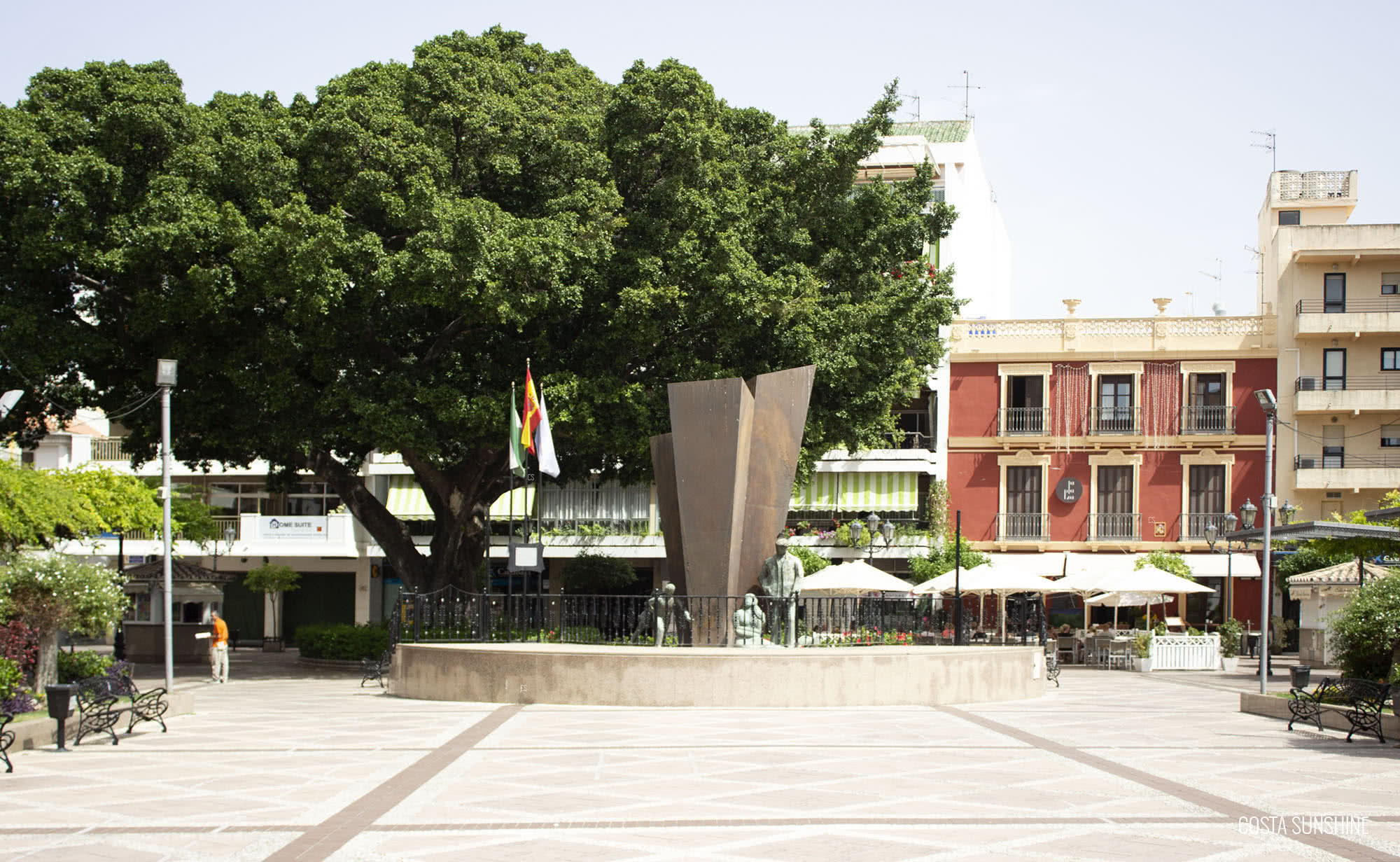 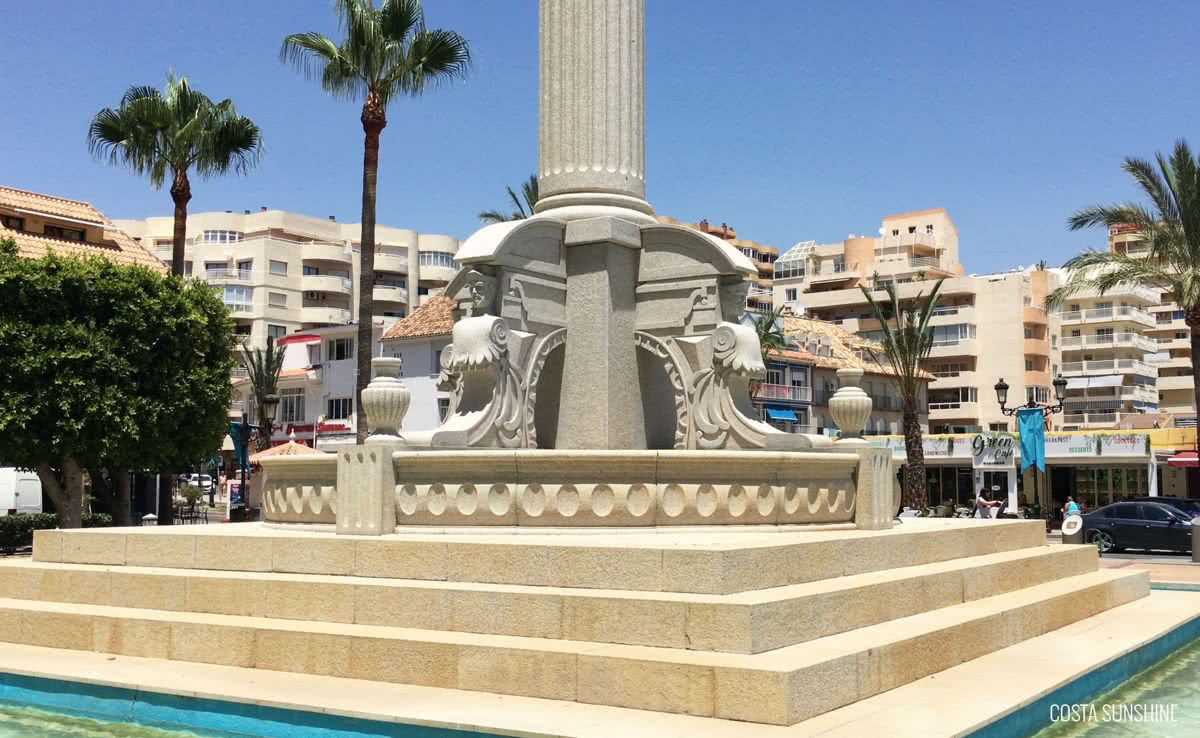 Fuengirola is a city located about 30 kilometers west of Málaga on the Costa Occidental. On average, nearly 75.000 people live in Fuengirola. But within the summer holidays a lot of tourists come to this city which causes an increase of the population to up to 250.000 people. (Editor/Photos/Video: mit – Source: Provincial Administration of Málaga, Info-tables on the places, Wikipedia.es) 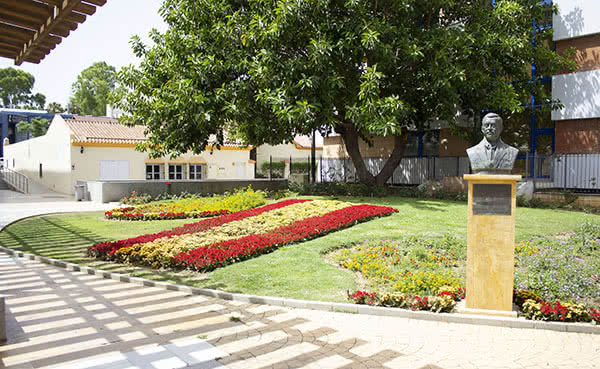 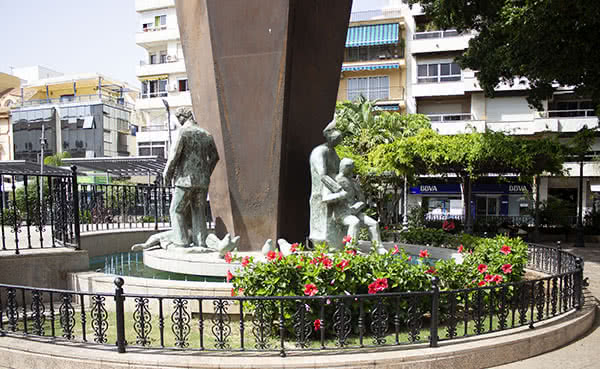 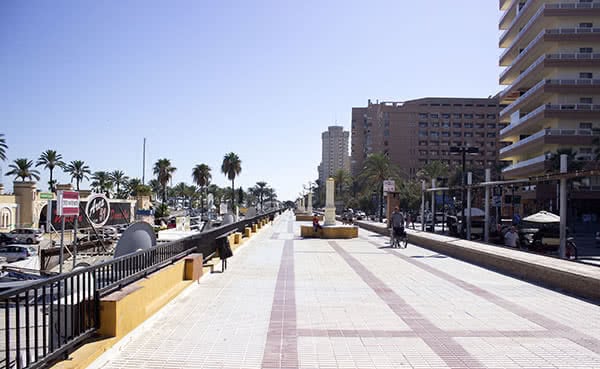 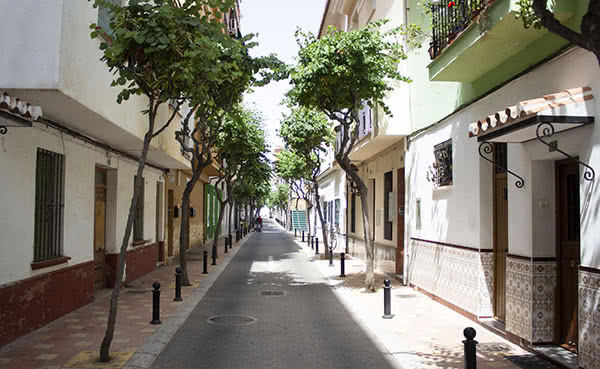 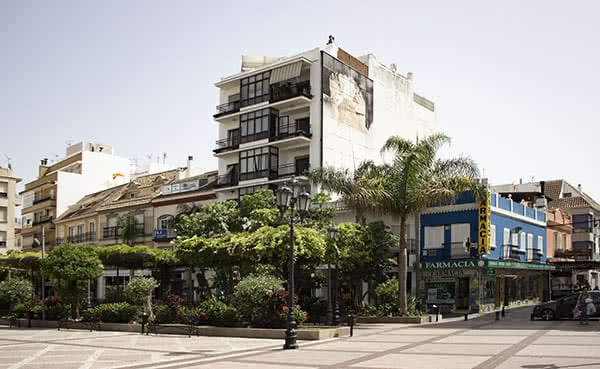 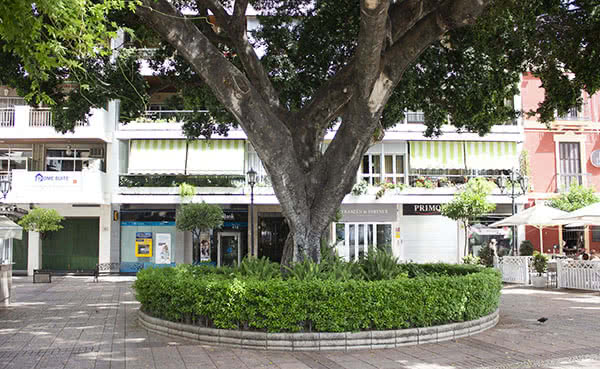 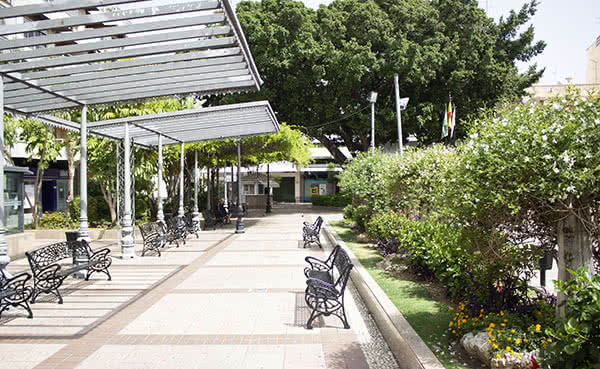 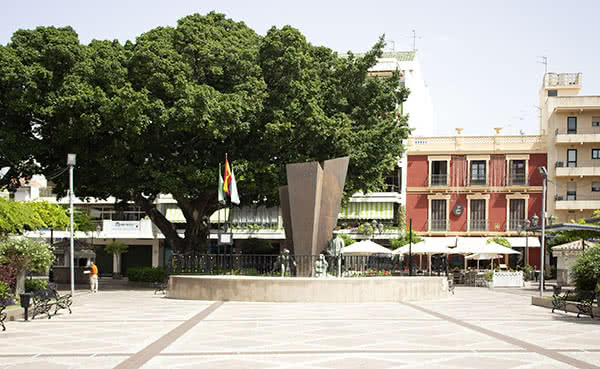 Scientists suspect that several thousand years before Christ there were settlements on the ground where Fuengirola is today. However, the founding of Fuengirola was attributed to the Phoenicians in the years 1.000 to 500 BC. In the writings of the Greek historian Hecateo de Mileto (550 to 476 BC) today's Fuengirola was called Syalis back then. The Romans, however, called the city Suel and described their inhabitants as Carthaginians. From the Levantine coast, the Carthaginians were spread throughout the Mediterranean area and they practiced intense trade.

Nearly 200 years later Carthage, the capital city of the Phoenician colonisation, fell in the so-called Punic Wars against the Romans. Thus, the territory of the Carthaginians passed into the Roman Empire – including Fuengirola. The economy and trade continued for several hundred years under the Romans.

In the year 500 AD, the Visigoths finally arrived on the Costa del Sol and conquered Fuengirola for a short time. Because only a little later the Moors exiled the Visigoths and took over the power. They renamed the city Suel to Sohail just like the castle. The castle, in turn, was named Sohail because, according to a legend, the Star of Sohail could only be viewed from this castle.

In the early Middle Ages, however, the settlements around the castle Sohail were totally destroyed by flames. Residents of Sohail fled to the neighbour city Mijas. When in the course of the Reconquista the Catholic kings conquered Sohail, they tried to re-populate the area with 30 people: without success. From 1511 Sohail, which was also called Font-Jirola by the Catholic kings, was uninhabited. It was not until the 18th century that people started to settle again in this area.

During the Spanish War of Independence in 1810, 200 Polish soldiers defeated an army of 3.000 Spanish and British soldiers in Fuengirola.

In the 1960s, Fuengirola became a tourist center on the Costa del Sol. Numerous attractions were installed in the following years to entertain the residents and tourists. Of its 75.000 inhabitants, almost 25 percent come from other European countries such as England, Ireland, Scotland, Finland and Sweden.

Fuengirola mainly lives from tourism. In addition, however, significant revenue is generated through the sale of real estate. Fishing and agriculture no longer play a role in Fuengirola.

The climate in Fuengirola is mild and constant. Within the summer, from May to October, the temperatures rise up to 30 degrees and more by day while they never drop below 20 degrees at night. During the winter from October to May, the temperatures reach a daily value of about 18 to 22 degrees, while at night it could be cold by only ten degrees. All the year you do have a constant humidity. The water temperature rises from 23 to 26 degrees in the summer. In winter it hardly drops below 12 degrees. On average, there are 3.000 hours of sunshine per year.