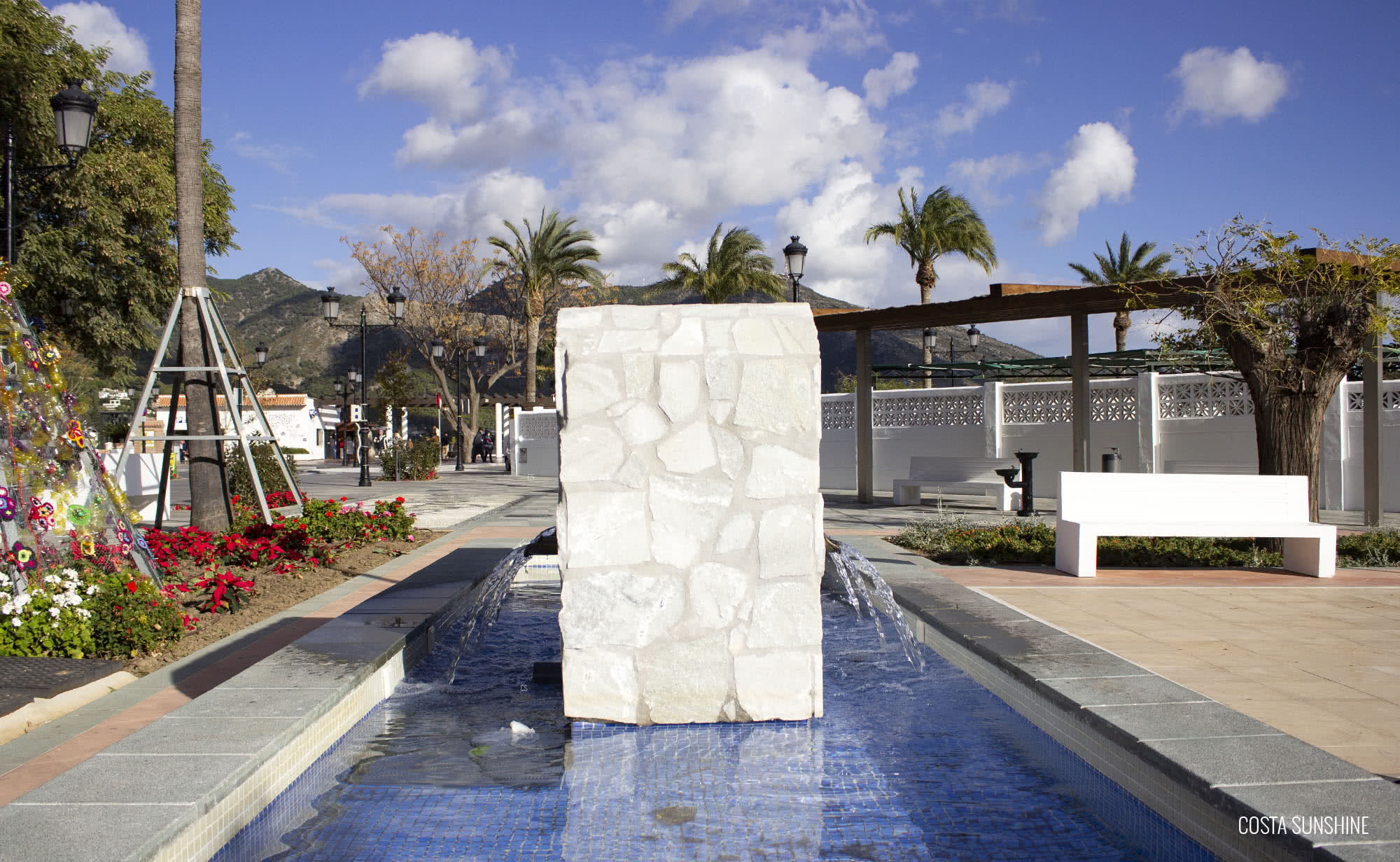 There are a bunch of fountains on the Plaza Virgen de la Peña. 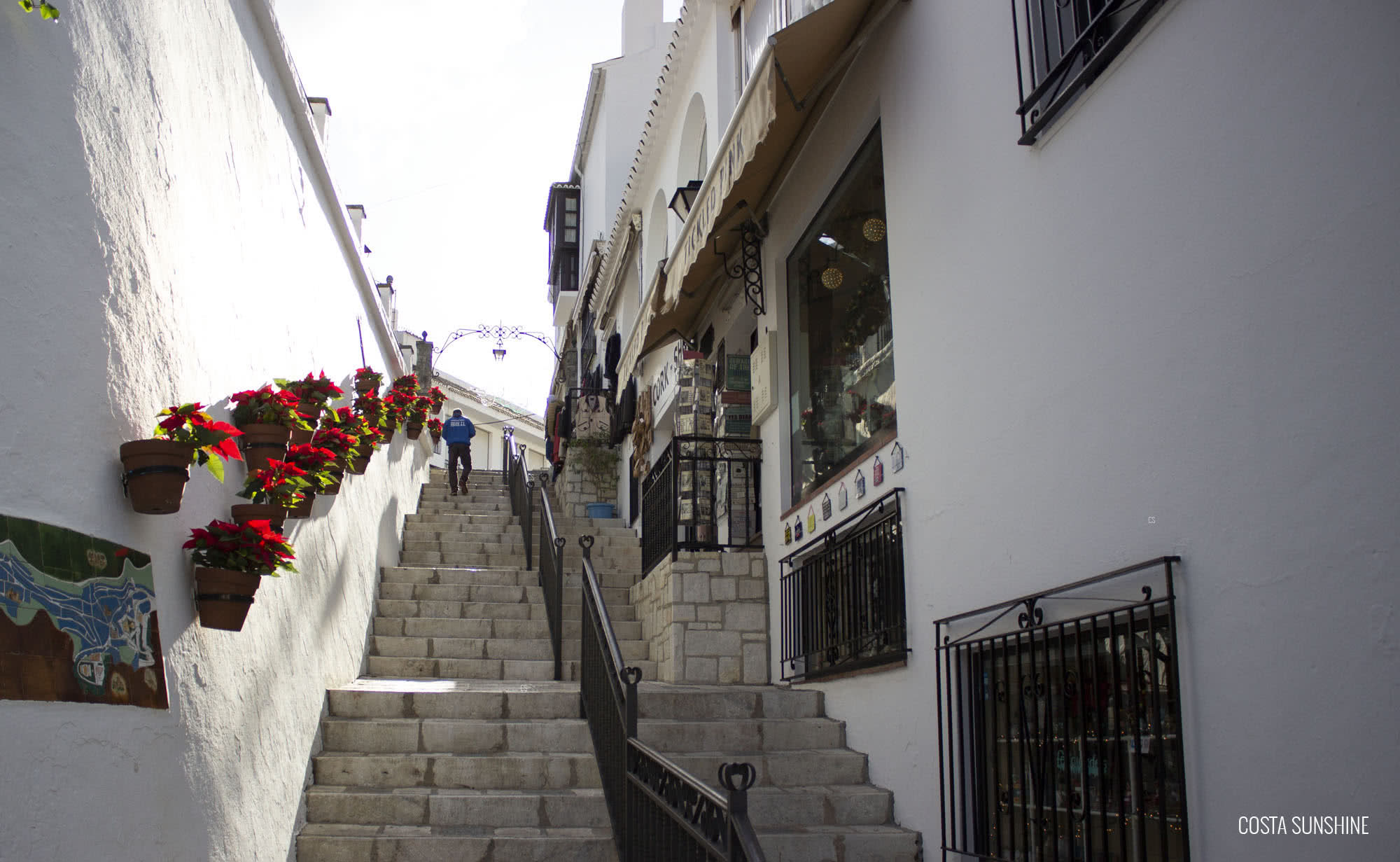 Narrow stairs and paths are typical for Andalusia. 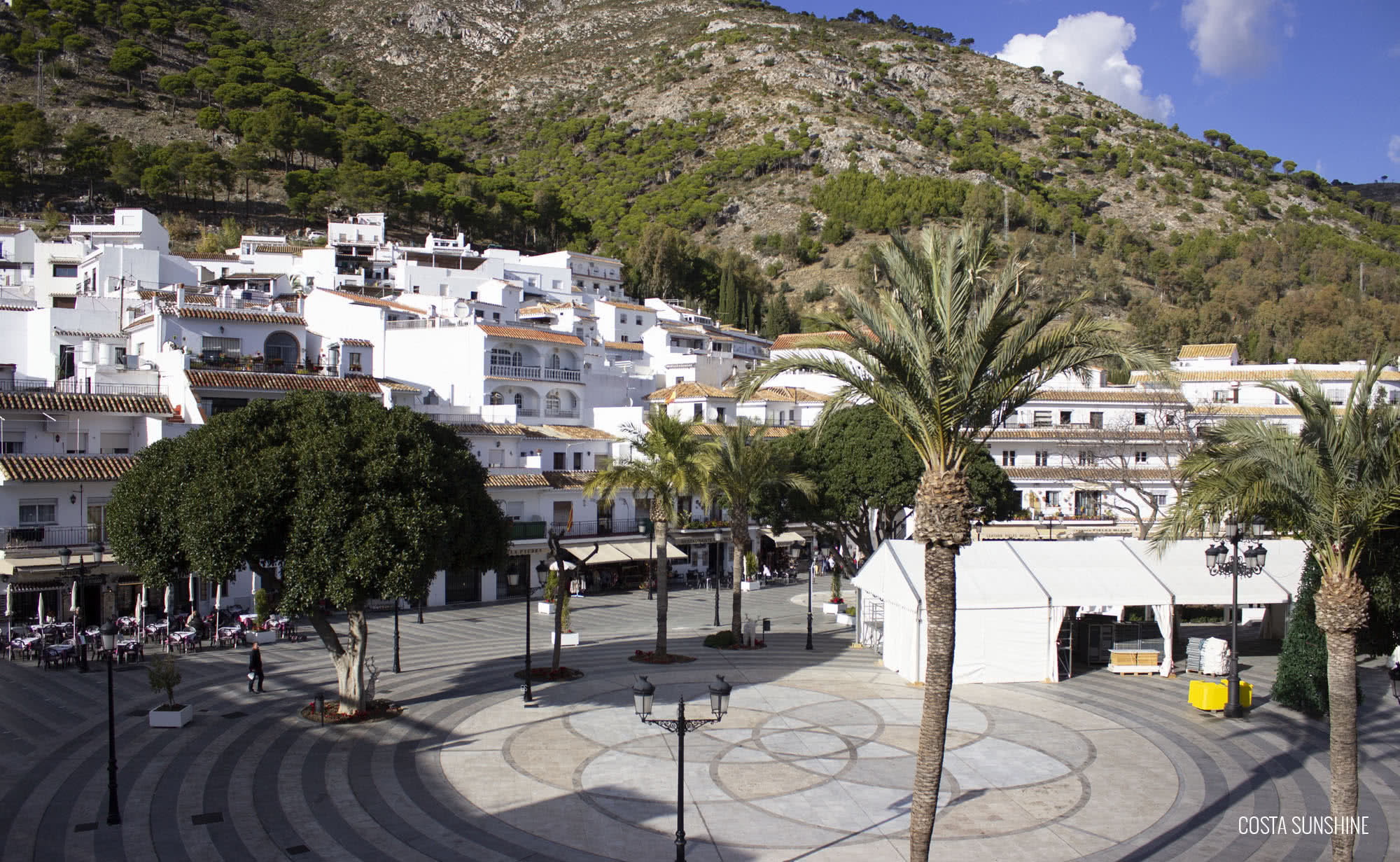 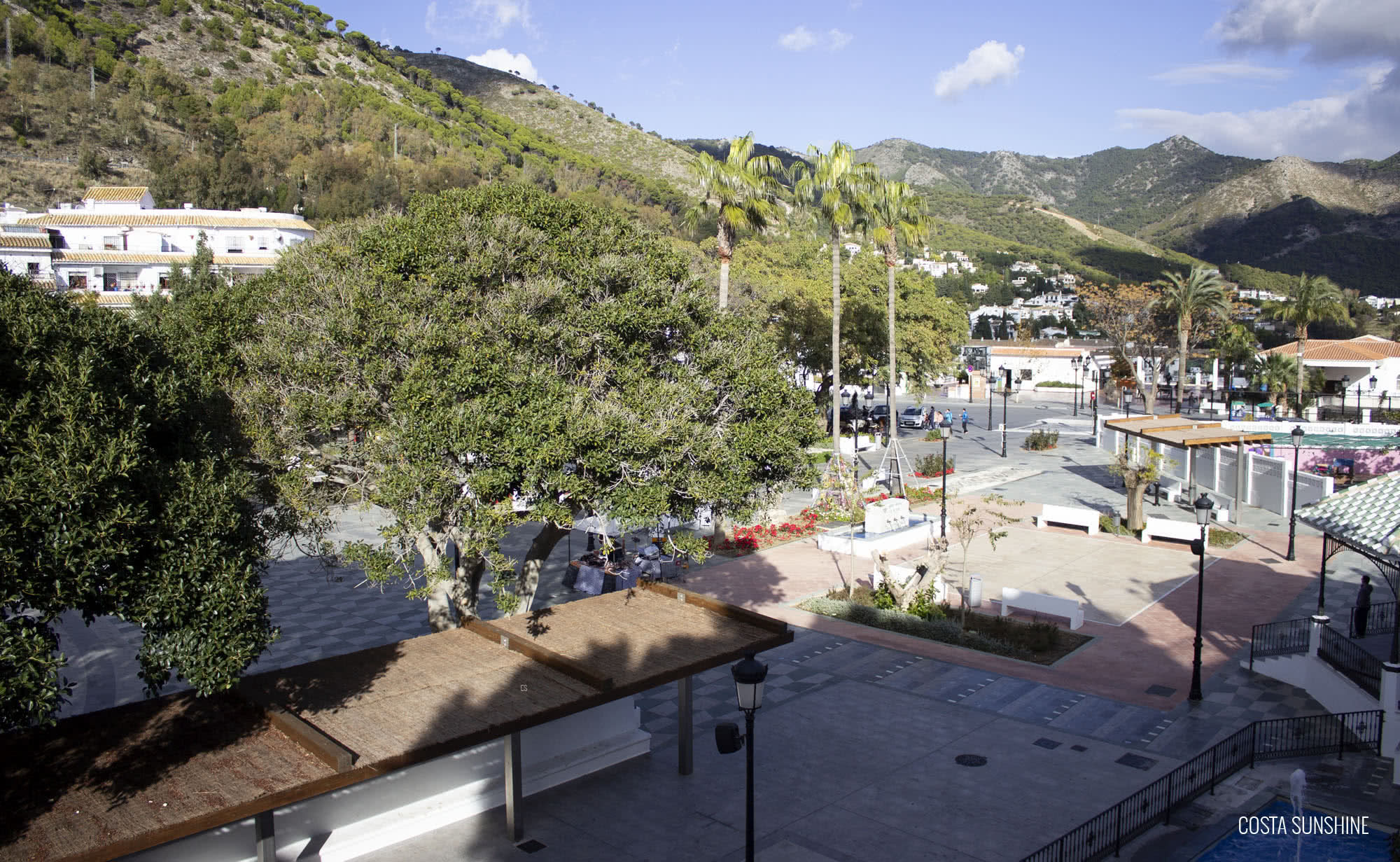 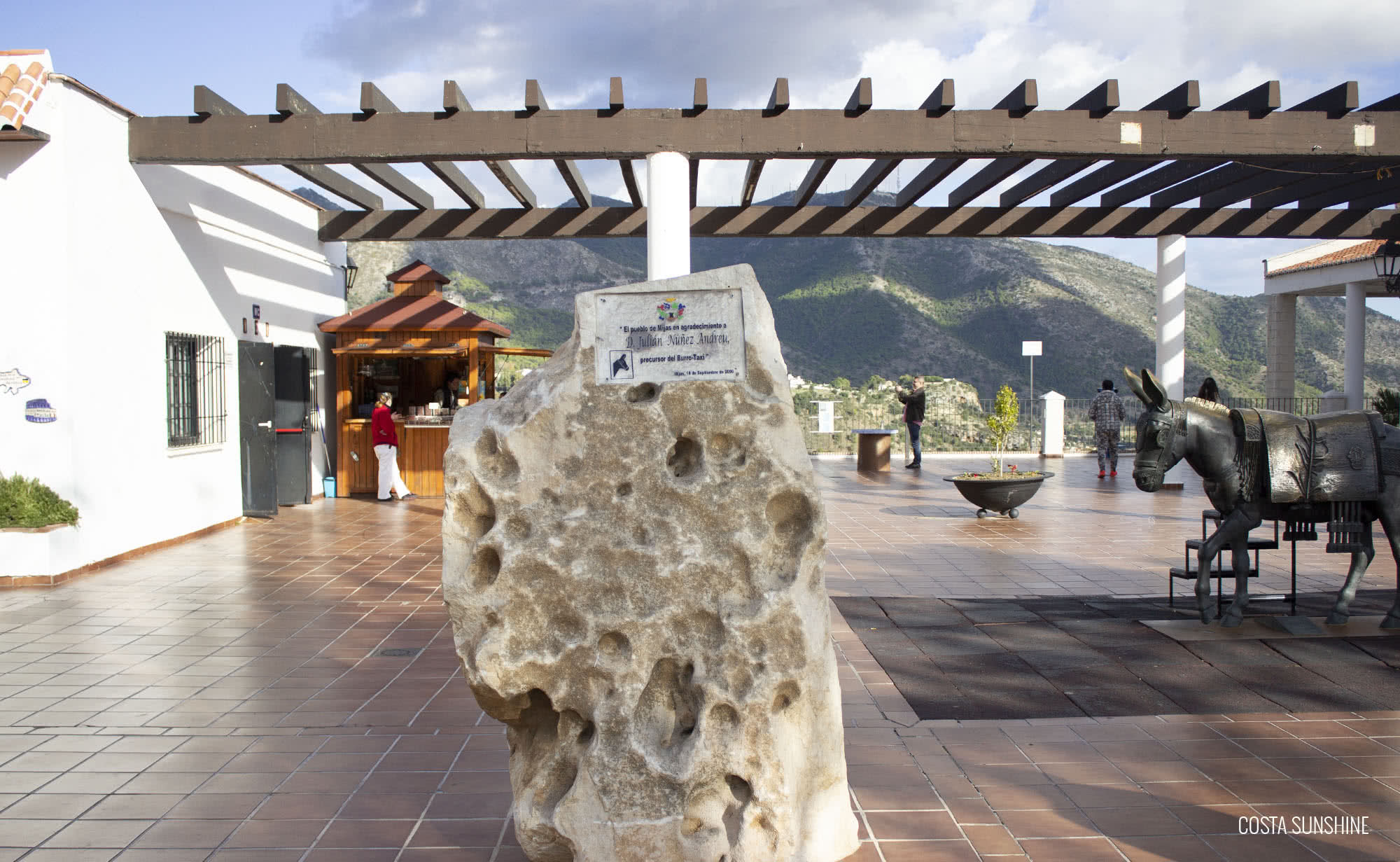 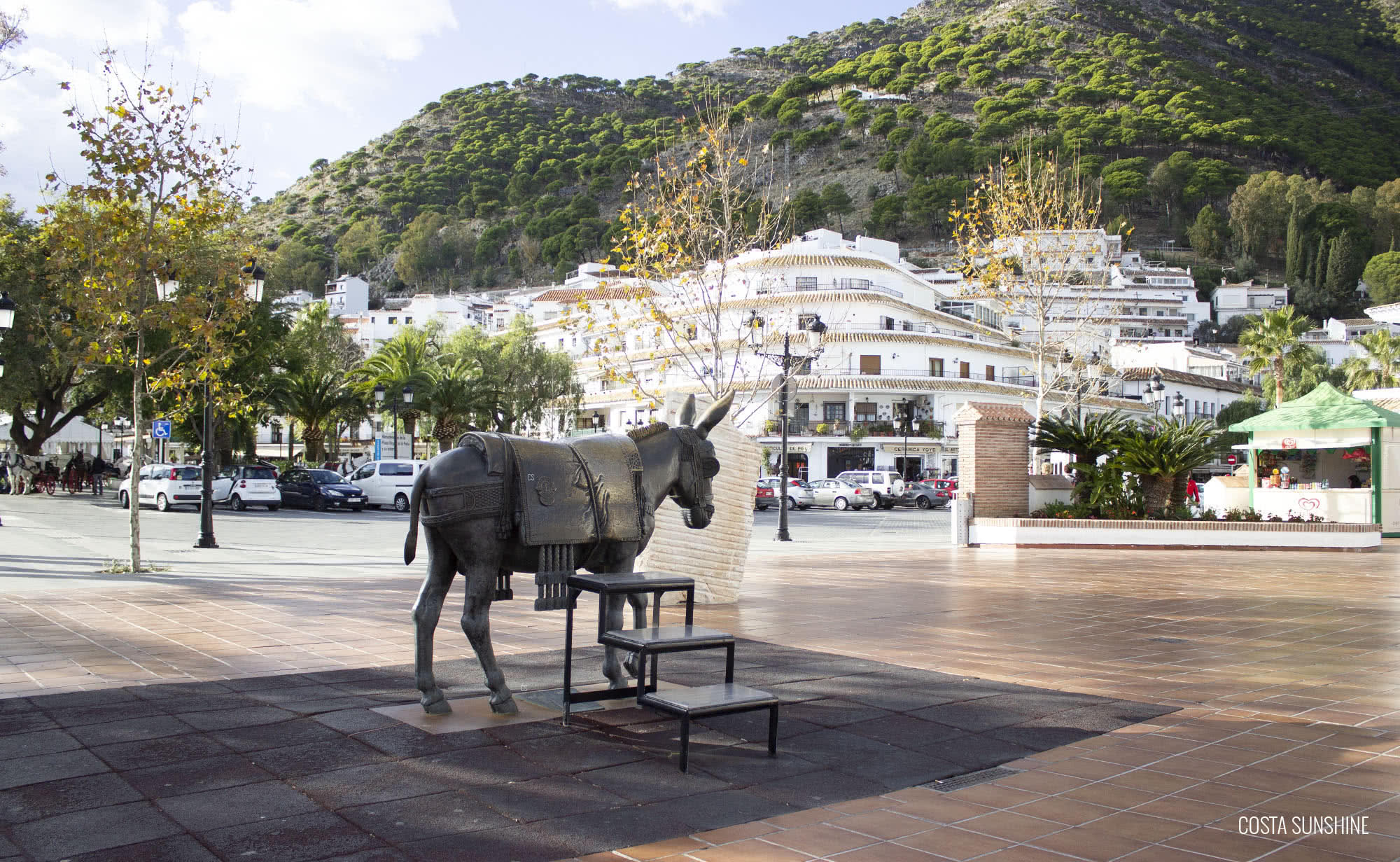 The donkey is the distinguishing mark of Mijas. 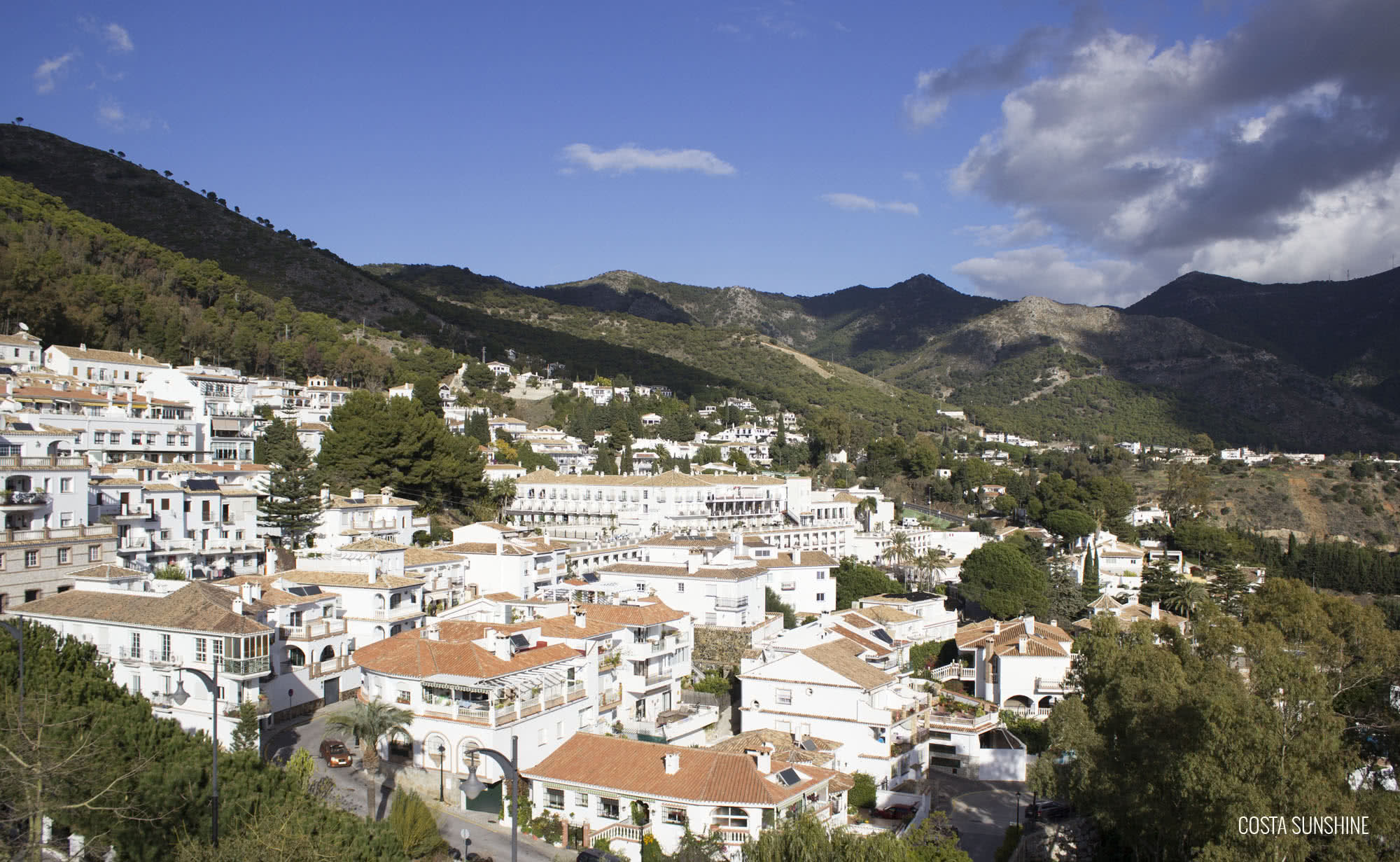 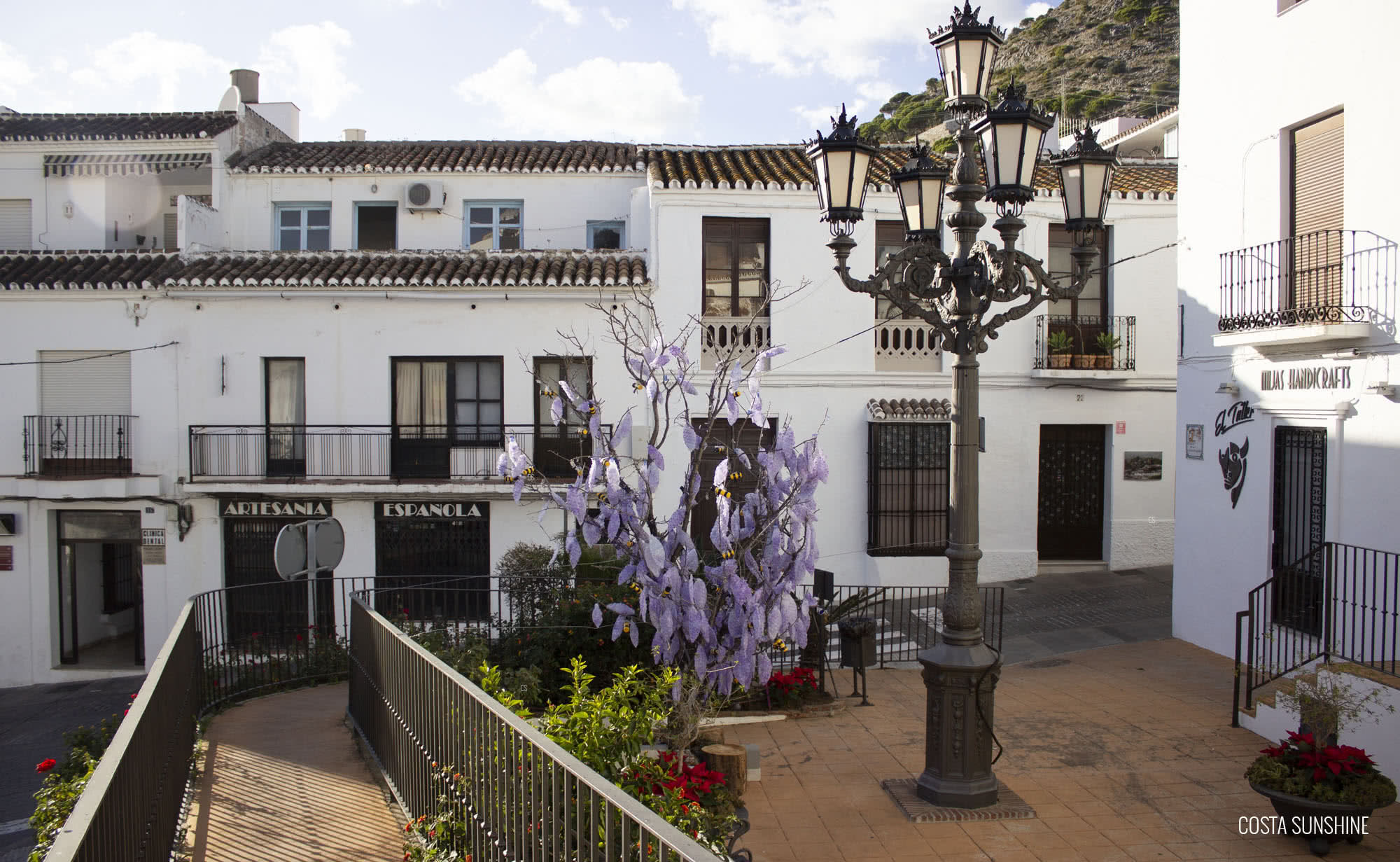 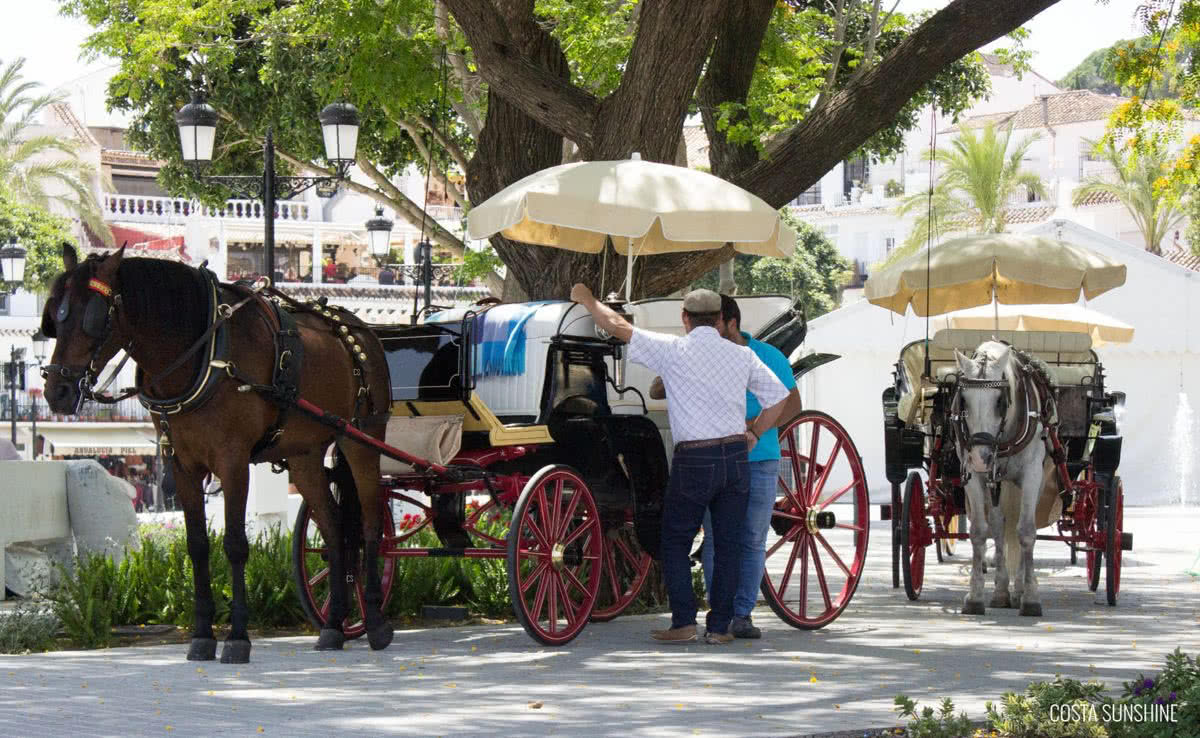 The municipality of Mijas is located about 30 kilometers west of the city of Málaga and 430 meters above sea level. It consists of the parts Mijas Pueblo, Mijas Costa, La Cala de Mijas and Las Lagunas. (Editor/Photos/Video: mit – Source: Wikipedia.es, Provincial Administration of Málaga, Info-tables on the places) 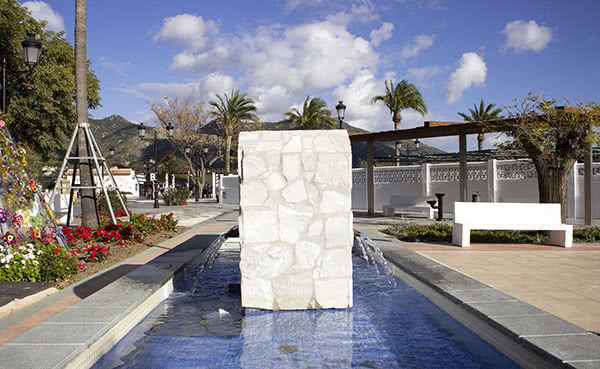 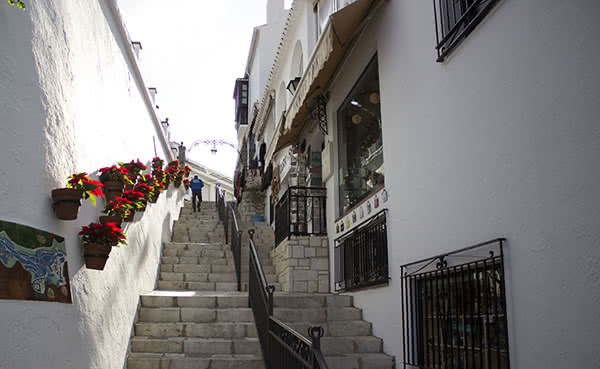 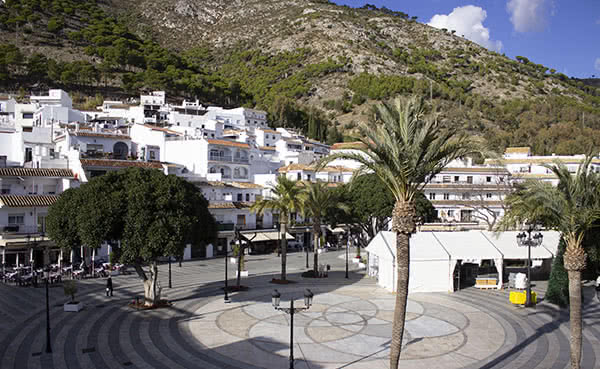 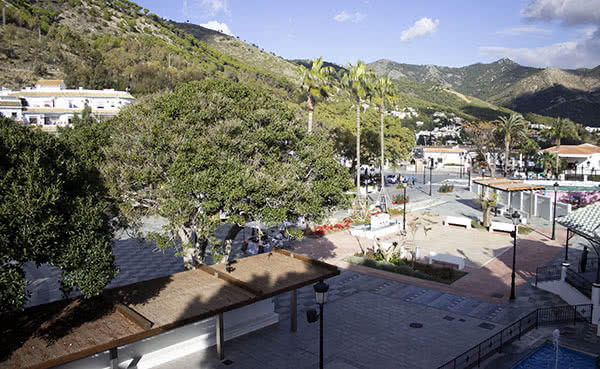 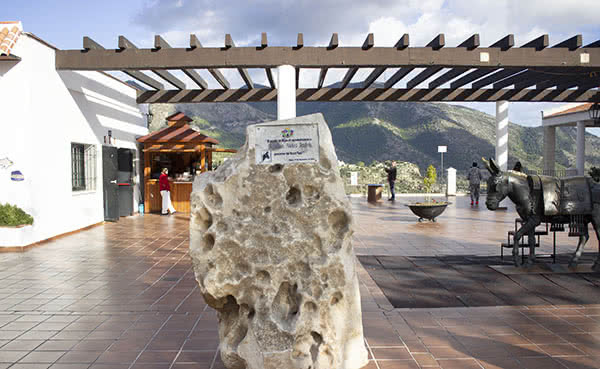 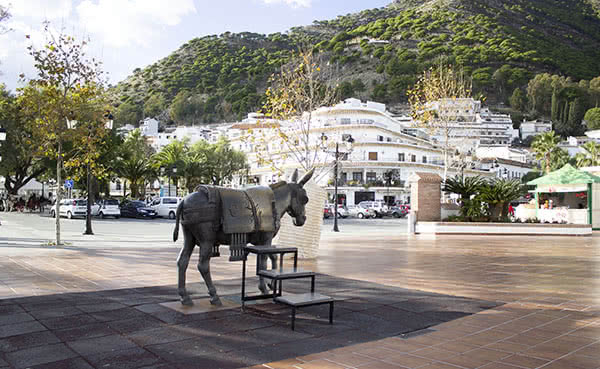 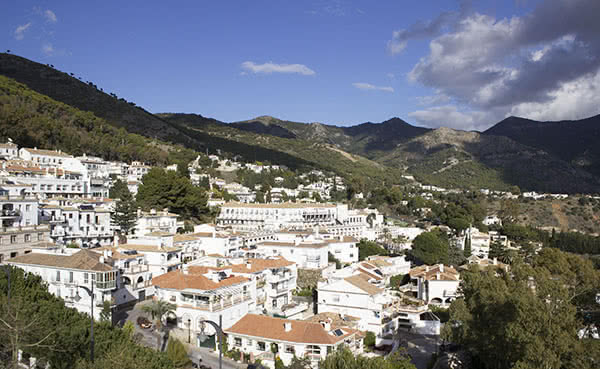 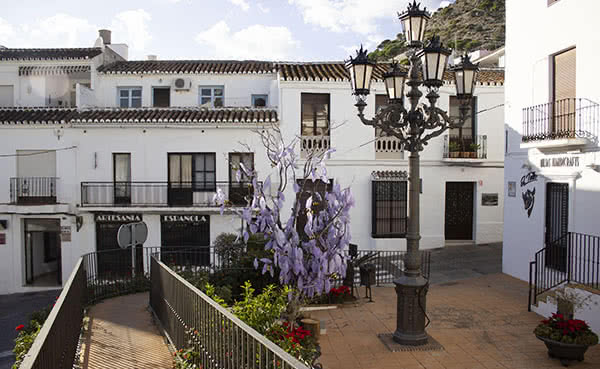 The history of Mijas began in the Neolithic Age. However, remnants of the Bronze Age were also documented. But it was not until the settlement of the Phoenicians on the rivers of the community around 900 BC that the structure of Mijas fundamentally changed. The trade in minerals and agricultural products boosted the economy of Mijas. The settlement grew abruptly.

Around 200 BC, the Romans gained increasing influence in the community and its economy. They named the settlement Tamisa and continued to expand their trade before being expelled by the Visigoths in 714. The Visigoths in turn succumbed shortly afterwards to the Moors. The Moors allowed the inhabitants to retain their properties and religions when they cede a third of their trade revenue to the Moors. Furthermore, under Moorish rule, Tamisa was renamed Mixas (today: Mijas).

In 1485, Catholic kings conquered the municipality of Ronda as part of the so-called Reconquista, and two years later the city of Málaga. All along, the citizens of Mijas resisted, which made them slaves after the surrender of their settlement.

In the 19th century industrialization also reached Spain. Mainly agriculture and fishing were practiced and minerals were extracted. During the War of Independence in 1810 Mijas was occupied by the troops of Napoleon. An army of 2.000 English and Spanish soldiers, led by British General Blayney, was to attack the castles in Fuengirola and Mijas, where Napoleon's troops were staying. The aim of the army was to drive Napoleon and his entourage to Malaga. Despite military superiority, however, this endeavor failed and General Blayney was captured. In 1812 Napoleon's troops finally withdrew from Mijas.

On December 2, 1831, General Torrijos and 52 men arrived at the beach El Charcón. They fled from the troops of Governor Gonzales Moreno, but did not get far and were shot dead on December 11.

At the end of the 19th century, phylloxera caused high crop losses. A population decline and a stagnation of the economy were the result. Only after the civil war in the middle of the 20th century the economy and population increased again. Tourist activities were quickly expanded and displaced agriculture in Mijas.

Since the 1950s the city of Mijas mainly lives from tourism and housing. Especially the residential tourism is important for Mijas. Together with Marbella and Estepona, Mijas offers more than 50 percent of all resident accommodations throughout the Costa del Sol. Agriculture hardly matters anymore.

The climate in Mijas is mild and constant. Within the summer, from May to October, the temperatures rise up to 30 degrees and more by day while they never drop below 20 degrees at night. During the winter from October to May, the temperatures reach a daily value of about 18 to 22 degrees, while at night it could be cold by only ten degrees. All the year you do have a constant humidity. The water temperature rises from 23 to 26 degrees in the summer. In winter it hardly drops below 16 degrees. The temperatures in the district of Mijas Pueblo, however, differ slightly from the temperatures of the other districts. In winter, temperatures during the day can be below 15 degrees. At night, they can fall well below ten degrees. The reason for this is that Mijas Pueblo is located in the mountains 430 meters above sea level. On average, there are 3.000 hours of sunshine per year.